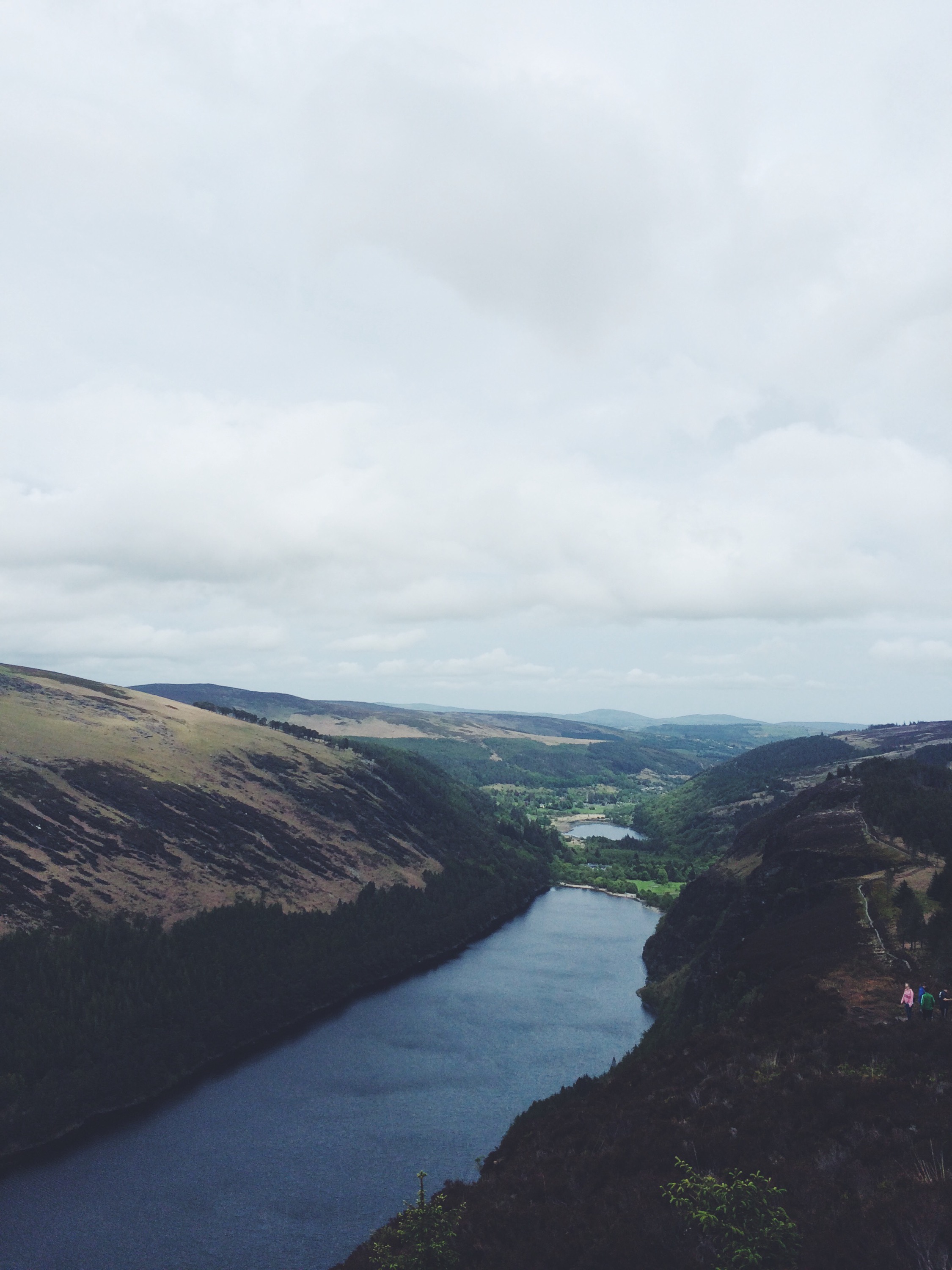 Months ago, after returning to Dublin from Morocco I joined a hiking group. This weekend I finally went on my first hike. I’ve only been back from the Camino ten days, but have been itching to get back on the trail. So, I dove in, choosing to join a 20km higher difficulty hike around Wicklow, an area I’d been but had never hiked. But I figured, 20km was nothing, even with a near 1,000m elevation gain, right? Saturday brought a cool, clear day during a week of bizarre and mercurial weather. A welcome change, and a good thing too, as this hike would wind up being hard enough without the often present inclement weather. 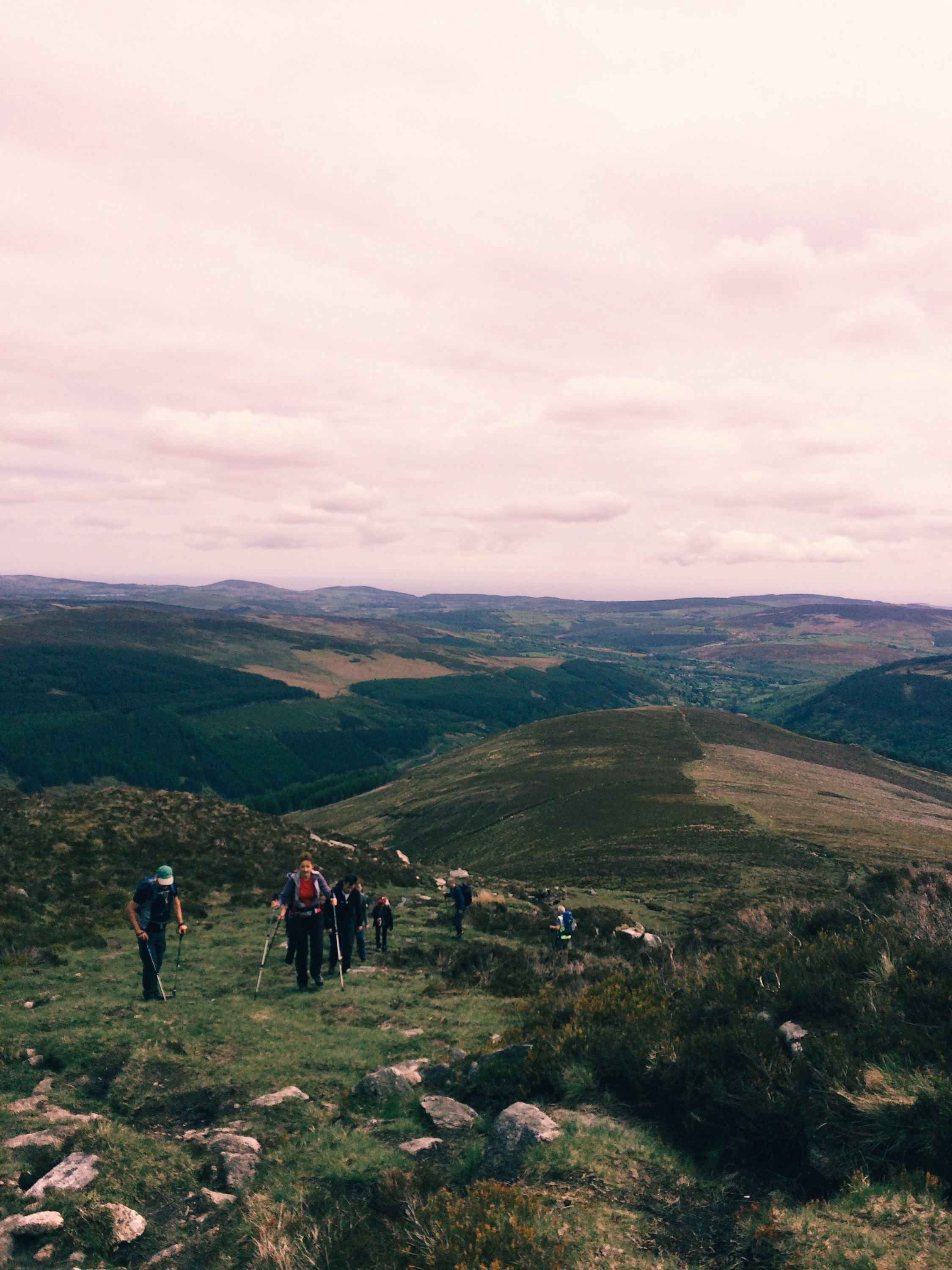 The beginning, up and up and up.

We started at Glendalough visitors center, but quickly left the valley and hordes of tourists behind for a rapid elevation gain up towards the peak of Camaderry. When joining this group of hikers, they made it very clear that these hikes were for fit people only. Reviews suggested that they were a fun, welcoming, but also skilled bunch that would barrel up mountains, and if you couldn’t keep up it was best not to join. They seemed almost militant about their requirements in terms of gear, fitness, and if you seemed like you weren’t doing well, they’d send you back. So I was a bit hesitant, but quickly understood the regulations made sense. Otherwise, unprepared hikers would join, and likely cause problems for themselves and others. This hike was challenging, though, not unreasonably so-but it became clear very quickly why the rules exist. These hikers were a top notch bunch. Every single person there was in good shape, friendly, and welcoming. Hikers, I’ve mostly found are a good bunch of people. Generally, those who dedicate their days to wandering about in nature tend to be grounded, kind people. They were almost aggressively friendly, everyone engaging every member of the hike. They warned, if you didn’t want to be social, better not come. And really, they weren’t kidding.

And then we went off Trail

After a steep climb up for the first 6km we took a lunch break. We watched dozens of deer run past us, seeming perfectly unperturbed by our presence as we ate our sandwiches, some stopped only 30m away to stare back at us before rejoining their group.

Before the summit the trail had somewhat disappeared, though it was still easy and obvious where to go. But after lunch we left the trail entirely behind to cross streams, jump rocks, wade through weeds and tromp through mud. My boots got more dirty, and more tested, in two hours off trail in Ireland than a month on the Camino. Thankfully, they held up well. This area of Wicklow is stunning, completely devoid of other people, no signs of civilization. Just undulating hills as far as you can see, and further than you could wander. The area we hiked through is called “Seven Churches,” though there are not, in fact any churches in the area. Apparently, the area was an important spiritual site in Celtic times (dating back as far as 500 BC). Around the sixth century, long after the Irish Celts were converted to Christianity by Roman Britain, a monastic settlement was established throughout the valley, known as the city of seven churches.  Part of the monastic settlement is still there, and is a major tourist attraction. But as for the valley of Seven Churches, there was no sign of past civilization. I took almost no pictures of the area, aside from the one above as I spent most of my time trying not to slip or get stuck in mud.

Eventually, we made it back on trail, above the main lake. From there we followed wooden planks up and over the crest in the right of the above picture. By the summit of the second hill, most of us were beginning to feel the hike. Though I’m confident in my hiking ability, I was solidly average in this group. I could relatively easily keep up, but not without a fair amount of challenge and focus. It reminded me that while I can put in the distances my technical skills are not particularly developed.

When packing for a hike I always bring dark chocolate. It’s quick (and delicious!) energy that my body can easily digest. But also because chocolate makes friends. Bringing extra has always served me well. At some point on the hike, someone will need a pick up. Having chocolate to share can help a low blood sugar hiking companion finish out the kilometers. And this hike was no exception. So at our last viewpoint before descending back towards the cars I sat with a small group, sharing chocolate and discussing food we’d like to eat, as if we’d been on the trail for days instead of hours. I love the instant companionship of hikers on challenging hikes, the encouragement and camaraderie. Hikers have quickly become one of my favorite breeds of humanity. 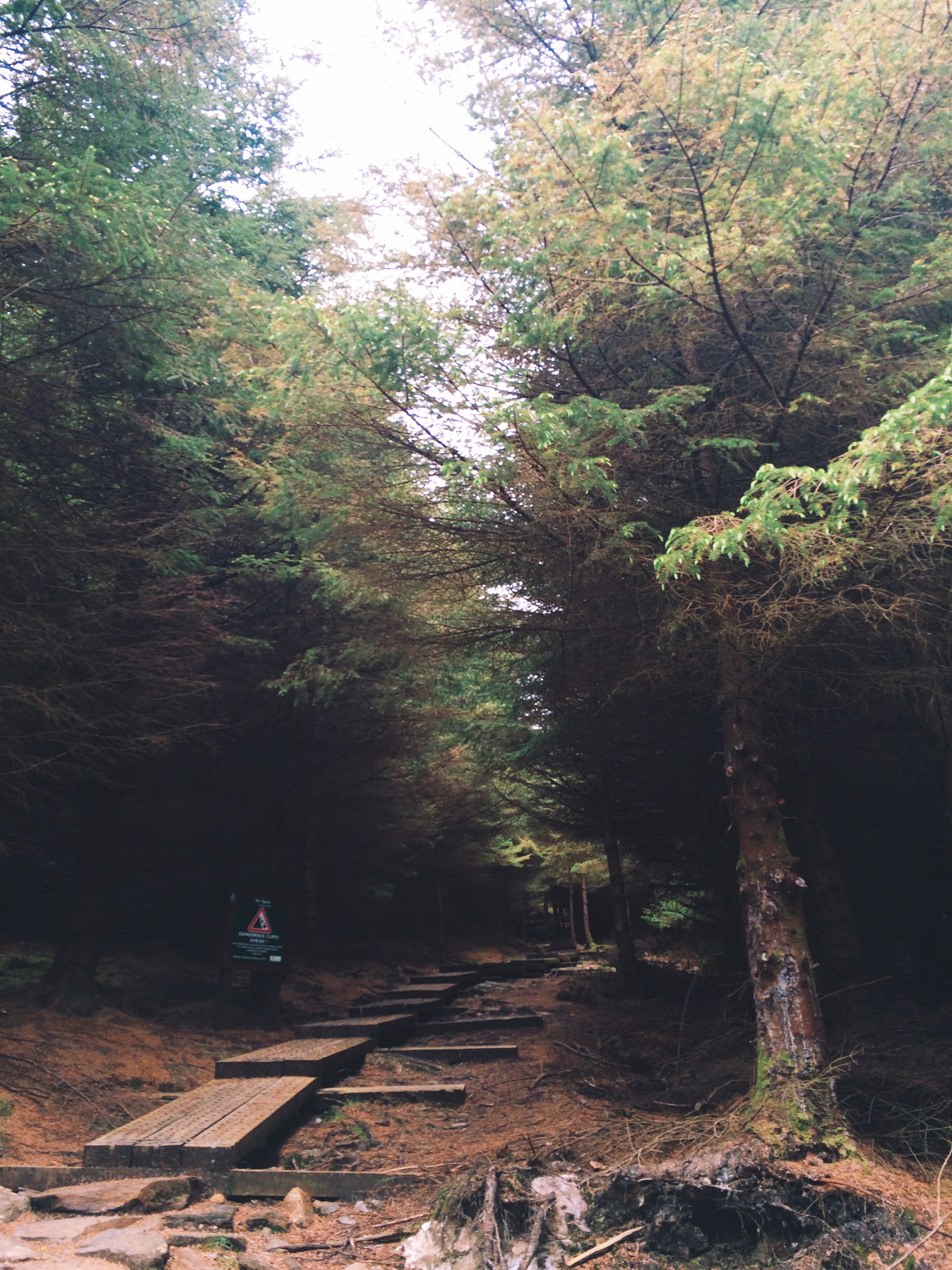 Our final descent took us back down into the trees, through a forest, and out onto the main trail where we rejoined the masses enjoying a bank holiday Saturday. At the hotel attached to the visitors center we celebrated our hike with Irish coffees before heading our separate ways for dinner.

It felt so good to get back on the trail! And a reminder that in terms of wilderness hiking and backpacking I still have a lot of skills to improve upon. I’m glad I got the opportunity for such a challenging hike with a great group of people. 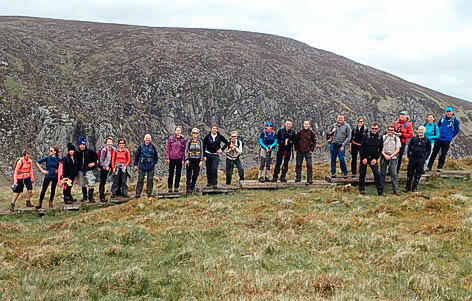 One thought on “Hiking Wicklow Mountains”