I have a lot to catch up on. Mid June we left Dublin for San Francisco, and all of a sudden August is around the corner. A lot has happened, in particular-and likely the highlight of my summer-a backpacking trip with a fabulous Women’s only company called Trail Mavens. But that deserves it’s own post. As does my 10-year High School reunion this past weekend. Which was weird, and wonderful, and mostly surreal.

So other than those events: we spent two weeks in San Francisco while Alex studied for another medical licensing exam. I am consistently impressed by anyone who can put in such an absurd amount of dedication and work to achieve something they’re passionate about. I know I’m biased, but I can’t wait to see everything he achieves as a doctor, because clearly, he’s going to be an excellent one.

While he underwent the arduous task of studying for most of his waking hours, I spent my time enjoying California and injuring myself in an over-zealous attempt to be a runner. After the camino, I was having a hard time with my workouts. In part because I had lost any semblance of upper body strength (of which I had previously fought hard to obtain what little I had). But also, after having spent a month mostly outdoors it felt, somehow wrong exercising indoors. So I thought, I’ll become a runner! I can be outside, doing a form of exercise that’s more natural. Plus, those I talked to on the trail who loved to run convinced me to try.

In my typical fashion, I over-estimated my abilities. I thought, I can walk a marathon, I should be able to run a decent amount, right? Wrong. Or sort of. While I could immediately run a 5k, it was a very slow 5k, my lungs couldn’t keep up (hiking not being a particularly demanding cardiovascular pursuit). So I spent four weeks working my way up to 5 mile runs. In the process, because I didn’t know what I was doing, I ended up with a hip injury. After a few physio appointments I’m back at it, though taking it slower this time. But so far, I’m loving it, and can’t wait to get more milage in (ideally, without injury).

At the end of our time in San Francisco we went to dinner to celebrate Alex finishing his exam. After, we discovered our car had been broken into, they took all of our electronics, and much of our clothing. At this point, weeks later,  I’m done thinking and talking about it. It was this awful thing that made us mad and feel terribly vulnerable, but I feel done with it, but to not mention it here seems wrong as it was a major event in our summer. But I suppose, these things happen. And ultimately they are just things we lost. However obnoxious (and can I say so obnoxious). And hopefully, it won’t happen again. And after, on a somewhat soured note, we headed to NYC.

Back when I was living in the city, I loved New York. I always thought I could end up there, it’s long been a favorite city. Not that I didn’t have moments (usually, crowded subway moments) where I wanted to leave, but overall, NYC was one of my favorite places on earth. So when Alex got a sub-internship at Columbia for July I was thrilled by the prospect of returning. Being able to share it with him being a huge perk as he’s never lived there. And while so far it’s been good, I have to admit, NYC has lost its luster for me. Neither of us have any desire to live there long-term. It’s too loud, too expensive, too claustrophobic. It’s a great place to visit. And there are so many perks to living there. I don’t know when this shift happened but instead of being in my top 5 for cities I’d like to end up in, its fallen to pretty low on my list. Low enough, that I’d be mildly disappointed to have to live there. I still love visiting, and I think it’s a very valuable thing to learn about ourselves. And we are having a good time overall. But, I won’t be too sad when I don’t spend half of my time being irritated at my grocery bill or that the subway stopped for no apparent reason. For the last 10 days of our time there, I want to try and redeem the city for myself. To find the things that made me fall in love with it in the first place. I still remember my morning commute from Park Slope to SoHo, watching the sunrise over the city skyline and thinking how much I loved it there, how much I didn’t want to move to Los Angeles (a city I’d very happily live in now). Maybe I can’t get that back, maybe my priorities and preferences have shifted too much. But also, maybe I’m just not a fan of Harlem, where we currently live. In January we’ll be back and likely living in the Upper East Side and maybe then I’ll feel differently. But for now, I want to enjoy as much of the city as I can! Though I will say, running in New York is pretty amazing, we’re close to the top of central park, and the greenways on the westside. A perk I didn’t take advantage of when I lived here before. 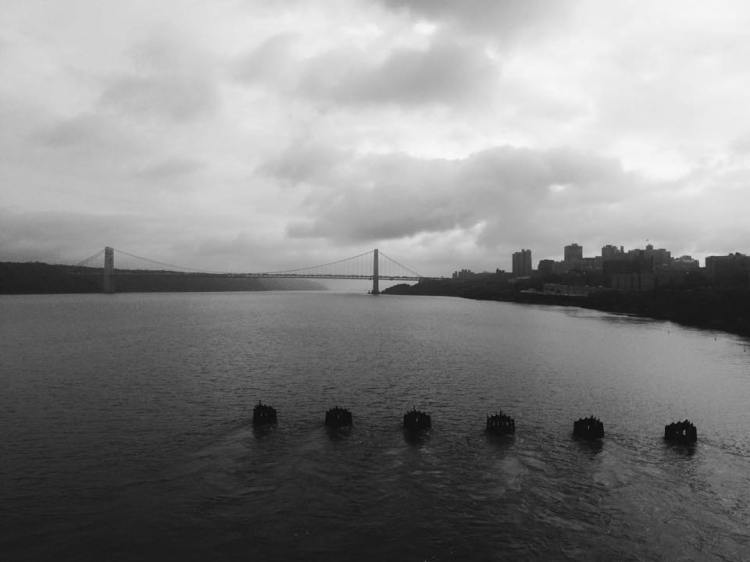 Up next is Cleveland, a city I know almost nothing about (I had to, embarrassingly, look it up on a map). But while most of the people we’ve talked to haven’t had many positive things to say about the city, I’m intrigued. It seems to be up and coming, and I’m excited to go somewhere that I have given very little prior thought. I don’t really have any expectations for our time there. Plus, it’s only a month, and will certainly be it’s own sort of adventure!