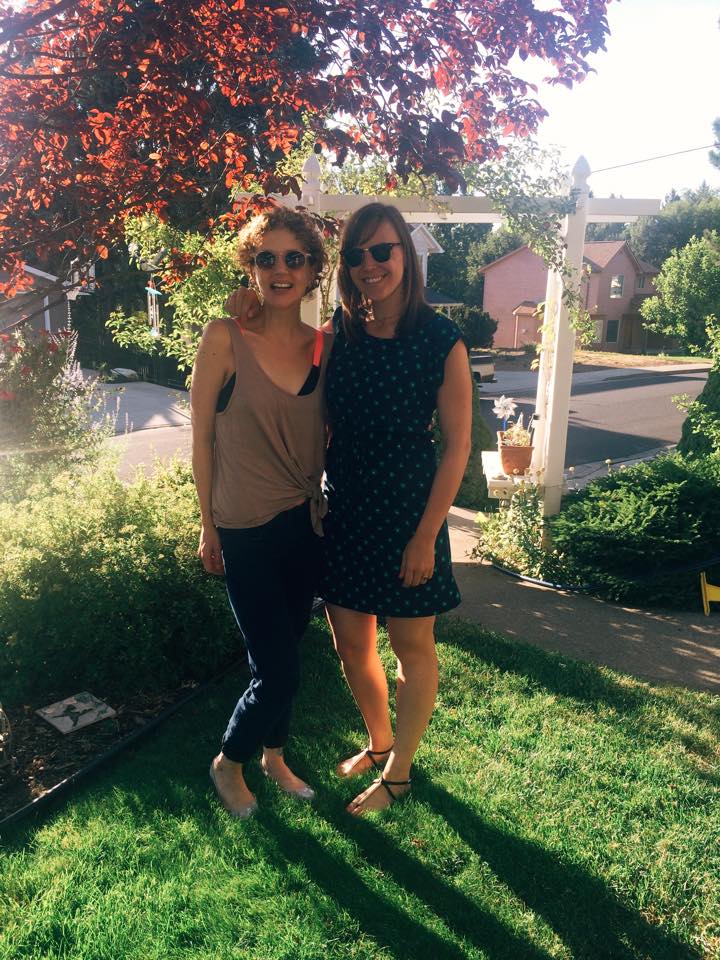 Best Friends Since the 90’s

Back at my childhood home my best-friend from growing up (Cyndi) and I flip through our old yearbooks. We’re trying to figure out who someone (who we deemed “pink shirt guy”) was. We didn’t remember him. Which was odd because Pullman is small. Our graduating class was 200, everyone at least knew who everyone else was. We finally found him, turns out he’s in a different class. Which, makes sense, as the organizers of the event decided it would be a “social class” of 2005 reunion. Whatever that means. But this is typical of PHS class of 2005-we, as a class, were not fans of rules or expectations. We were, collectively an odd bunch.

My high school experience was overall, a positive one. I wasn’t popular, though we didn’t have popular kids in our class in the traditional sense. Except, perhaps for this one girl who fit the stereotype, but she was alone in that pursuit, so it was more comical than anything else. She also ended up as an adult precisely as you might imagine. I had a solid group of friends and we supported each other well through our four years there. Our class prided themselves on not having cliques-which, of course we did, but generally people were not terrible to one another (there were, of course, exceptions). It was, sort-of inclusive, and I think, for high school, that’s a win. We were also a smart bunch, being good at academics was expected. We also were challenging, in generally non-productive ways. A very vocal group of our class enjoyed challenging teachers and expectations, and have on occasion, reduced a young teacher to tears for what seemed like sport. It’s a hard group to explain, its a mixture of very small-town farm kids, foreign kids here related to the university, to professor’s kids, to…everything in between. But, of course, we knew the reunion would be anything but a paid ticket to a mediocre dinner.

It was a haphazard and hastily planned affair. Which is much like our class, having likely broken a record for last minute submissions of our senior papers. It was a “meet here and we’ll go from there” affair. And so, Cyndi and I (because neither of us were attending without the other) wandered a few minutes from my house to the first meeting place, a bar. We were nervous, not because there was anyone we didn’t want to see, but, what would we talk to people about? We grew up with them, but they felt like strangers. But we didn’t need to worry. We immediately got along with the group there, mostly people we spent nearly no time with in high school. It was, surreal. Almost like experiencing what high school would have been like had we been in a different social group (and everyone had fake ID’s and went to bars?). It was simultaneously like we were back in high school, and like we were experiencing a parallel universe. It was fascinating to experience and observe. And, to our surprise, a damn good time. We actually enjoyed the conversations we had, and I’m glad I got to, even if briefly, get to know people I hadn’t before when we were teenagers. I don’t know what typical reunions are like, if they’re as inclusive, or if people tend to just stick with their previously determined social groups. Though I’d venture a guess towards the latter. Plus it was great getting to see the few people I am still in contact with (that number has certainly dwindled over the years!).

I didn’t know what to expect, nor did I think I was the sort of person who would attend a high school reunion. But I am so glad I did. And as a result, I’m certainly more interested in attending subsequent reunions. Though I spent a lot of time in high school eye-rolling at the various antics of our odd class, I appreciate them more now. And proud of them too. People from our class are doing amazing things, from aid work in the developing world, to running companies, working with kids and underserved communities, to raising families. For the most part, these weirdos have turned out to be great citizens of the world.