Word dump of all the happenings.

I’ve neglected this blog for awhile now. So much has happened in the past few months, it’s now December and we’re counting down the final weeks of living in the South. Because December 29th we’ll be packing up (once again) and heading back to the Bay Area. A fact that surprises us still. It hasn’t sunk in at all. Even as we make all of the arrangements, it doesn’t seem real. In part, because it seems too good.

But backing up. After New Hampshire we had a few uneventful weeks in Nashville, I was in the toughest bit of marathon training and generally just trying to survive the heat and high volume training. One afternoon, while grocery shopping Alex called me to say he got a call from Stanford, telling him about an open Urology residency position (a current resident left the program). We’d heard of a few vacancies at a few other programs, but had learned a long time ago not to get our hopes up for anything, so while exciting, we tried to keep expectations low. Alex’s medical career has been far from straight forward and he’s had to fight at every step. Despite being at the top of his class and with stellar board scores he’d chosen a specialty that also rejects well pedigreed applicants with similar accolades. We hadn’t given up hope by any measure, but we realistically knew it would be hard. But still, this was exciting. And it was very hard not to feel hopeful. 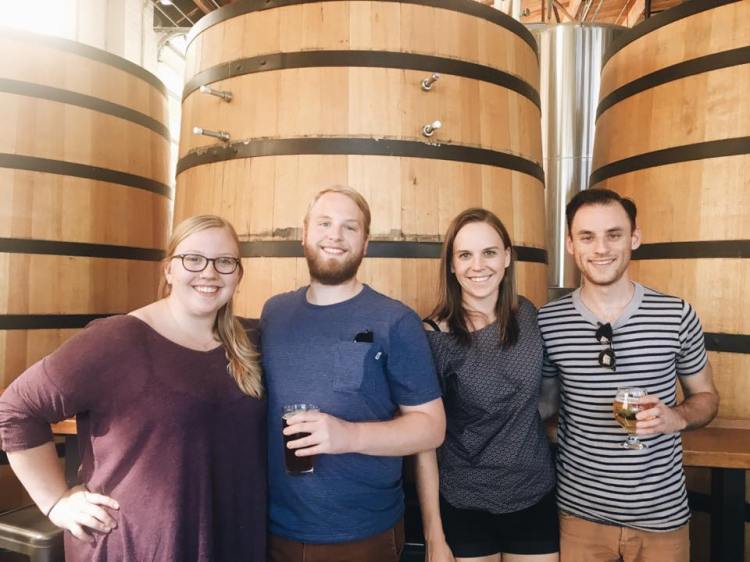 The next week we went to Denver to visit my sister and run in the RNR Denver race weekend. Natalie had decided to train for a 5k and I got to run that “with” her on Saturday (we didn’t run actually together, as our paces and goals were different). And then ran the half the next day as part of my peak week marathon simulator. It was noticeably harder running at altitude, and I had to adjust my paces somewhat. I was also coming off of running three 60-mile weeks in a row. But despite those challenges I had two very good races (and a 5k PR). A year ago, I was still a very new runner, barely able to run a 30 mile month without injuring myself. And now? I ran 243 miles in the month of September. 222 in October. I still can hardly believe that. I am constantly shocked and amazed at how much my body continues to improve. It’s incredible. I’m not particularly fast (I usually finish in the top third, barely, and am very much a mid-pack runner), but I can log a lot more milage than someone as new as me should be able to. I’ve never been an impressive athlete, but being able to log higher milage (for a recreational runner) feels pretty incredible, even if my peak week milage is a recovery week for an elite! Of course, if the field is small enough I can do pretty well, in the 5k I placed in the top 10% (3rd in my age group), and top 25% in the half. It doesn’t help that Alex can place in the top 1%, skewing my perception of normal. He also had a great fall of racing, dropping his 5k PR to 18:26 and his mile time to 5:00:68. I want to run as fast as him when I grow up.

After a great weekend in Denver running (and drinking beer) Alex headed to Stanford to interview. He was offered the position that evening. That whole day I had made one of my friends here spend the day with me to distract me from the anxiety I was feeling. When he called to tell me the news we were baking and a few glasses of wine into our evening, I cried immediately (wine may not have helped emotionally). The joy and relief I felt hearing we’d be moving to the Bay Area was immense. Joy because I think Alex is a brilliant doctor that deserves the best training, and while I’m very biased his co-workers and superiors seem to think so too. He’s incredibly dedicated, and while deserving, there are no assurances in a field full of other exceptional candidates. But finally, after a over a decade of pursuing this career, he made it. Not to mention we’d get to move back to the Bay Area. Our favorite place on this earth. We always planned on moving back at some point, we never dreamed it would be so soon. We’ve felt at times that all of this was just too good. That life was giving us so much. I constantly feel like someone is going to call and exclaim “just kidding!”

We’ll be sad to leave our friends and community we’ve formed here. I worked hard to make good friends and invested a lot into them, I’m so glad I did, but it is daunting thinking of doing that all again. But our friends made living in Nashville a great experience, even if we’re leaving with very limited interest in visiting the south ever again. And at least I feel better about my abilities at making friends outside of an academic setting, and know within 6-months we’ll have a new community. Plus, family! We haven’t lived near family for more than three months in the past decade, and are so excited to be so close. As we get older and our priorities change (sorry, 22 year old me I know we’re lame now), being close to family has skyrocketed to the top.

The rest of November was filled with highs (the marathon! another post) and family visiting for Thanksgiving (aka: all the delicious food). It worked out that my entire family could come to Nashville to be together. We don’t celebrate most holidays anymore, mostly as a result of travel, but Thanksgiving continues to be the own we chose to make an effort to celebrate, in large part because it is simply an excuse to be with family and cook. Which is what we did, along with exploring more of Nashville’s restaurants. There were of course lows this month: the election. I feel like I’ve already talked so much about that, and I don’t want to rehash it again. Other than to say: oof.. And I know everyone is saying 2016 was a terrible year. But at least, in the realm of our personal lives its been pretty incredible. We still have December though, and another road trip home!