Aside from images of Finland’s Laplands we didn’t have much of a mental image of Finland. We’ve met people from all over the world, but neither of us can recall meeting a Finnish person. So when we visualized the country it was mostly blank, and we had little expectations of the furthest east Scandanavian country. We chose Helsinki in part because it made sense flightwise, but also to finish up traveling to all of Scandanavia. 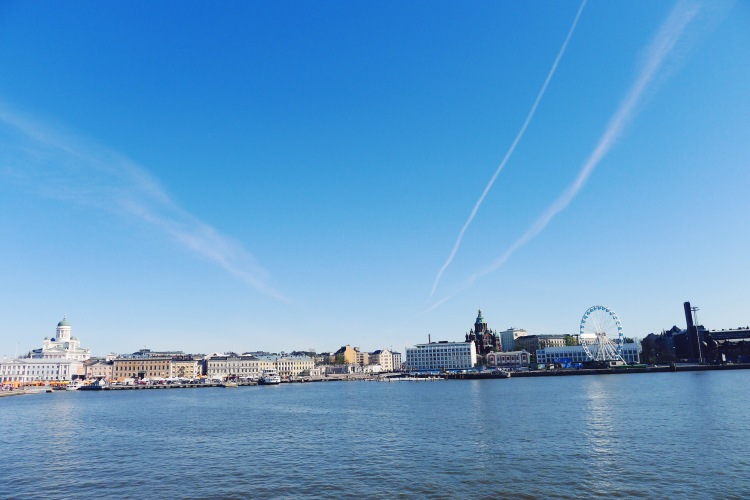 Similar to the rest of the region Helsinki is clean, green, and efficient. Cars actually stop for you as opposed to speeding up when they see you enter the cross walk (why Dublin?). While I’d generally say Dublin is a realitively  clean city it can’t compare to Northern Europe. I appreciate efficiency perhaps too much, I get deep satisfaction from the lack of chaos, just like I throughly enjoy symmetry. Finland in that sense is a perfect city for me. Everyone of course speaks perfect English, which is great because Finnish sounds particularly like garble to our American ears.

We arrived to Helsinki in the blistering heat (66F), and apparently on a national bank holiday where nearly everything was closed, sending us on an impromptu 5-mile city tour in persuit of food. After lunch we ran around the park next to our hotel where it seemed half the city had gathered to picnic and drink in the warm sun. Because Finland is relatively less expensive than Norway we were able to have a few beers with dinner, which seemed like an extreme indulgence after being extremely diligent with our money in Norway. We finished off our first day with more wandering, enjoying Northern Europe’s late sunset. By the time we returned to our hotel we’d walked nearly nine miles that day, and ran five. Clearly Finland was likely to be our most active city. 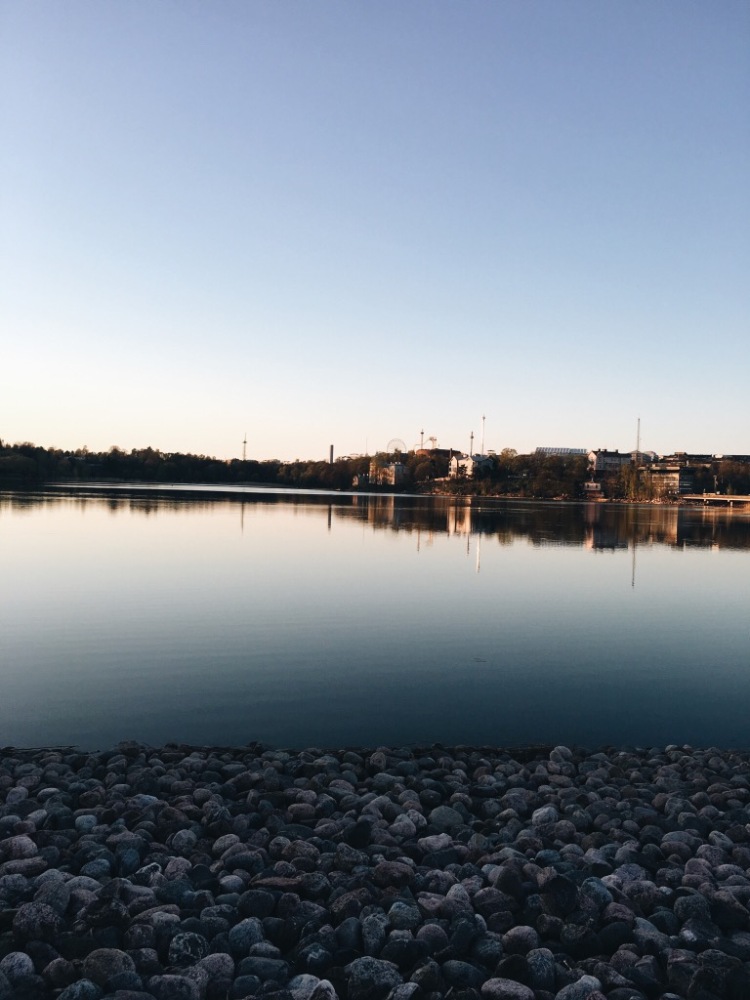 The next morning we joined the masses for breakfast in our hotel, reminding us why we prefer boutique hotels and bed and breakfasts. Because I’m clearly not entirely sane and am in a rigorous training plan while traveling I had a tempo run scheduled for that morning before we’d head out to explore. On the plus side running seven miles in the sun is a lot more pleasant than fighting the fridge wind and rain Dublin has loved of late. After sweating it out with othe mid day runners we made our way to Helsinki’s food market for lunch, choosing, of all things ramen. We next perused a design shop before making our way to the ferry to Suomenlinna, a UNESCO world heritage site on an island 15-minutes south of Helsinki. This fortress served as protection during the soviet era, with bunkers and canons lining the perimeter. People still live there today, as well as operating a navel academy. There are restaurants and museums, but mostly you just wander the grounds. Lots of people bring picnics and find secluded perches overlooking the water and spend hours lazing about. We spent a few hours wandering before heading back to the city for dinner at a nearby Russian restaurant. Exhausted after walking 10miles (and running 7) we more of less collapsed into bed. The next day would bring a 100-minute ferry ride to Estonia.