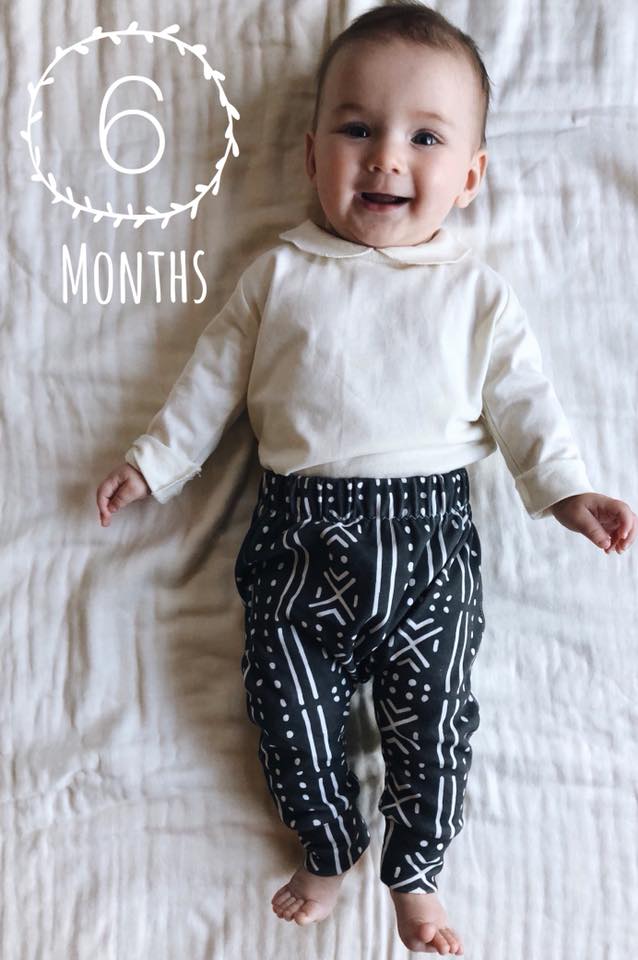 Six months. Yesterday was Wren’s half birthday! I’m having trouble wrapping my brain around this fact. It feels like moments ago that we took her home. And yet it’s astounding how different life is now than it was then. Even more, how much she’s changed. Not only from a newborn, but in the past two months. Months four and five have been huge in terms of development and change (with a trip abroad thrown in for good measure).

At four months we were attending RIE classes and she spent most of the time just watching the other babies, disinterested in toys. Now, she loves toys, can roll and is starting to make moves towards crawling. She seems so much older in terms of her personality and alertness. She’s reaching for us now and gives us hugs and it’s the best thing in the world. She’s more chatty and loud. It’s difficult to explain but it just appears like she understands the world a lot more lately. I can see her little personality really forming and its so great to watch. 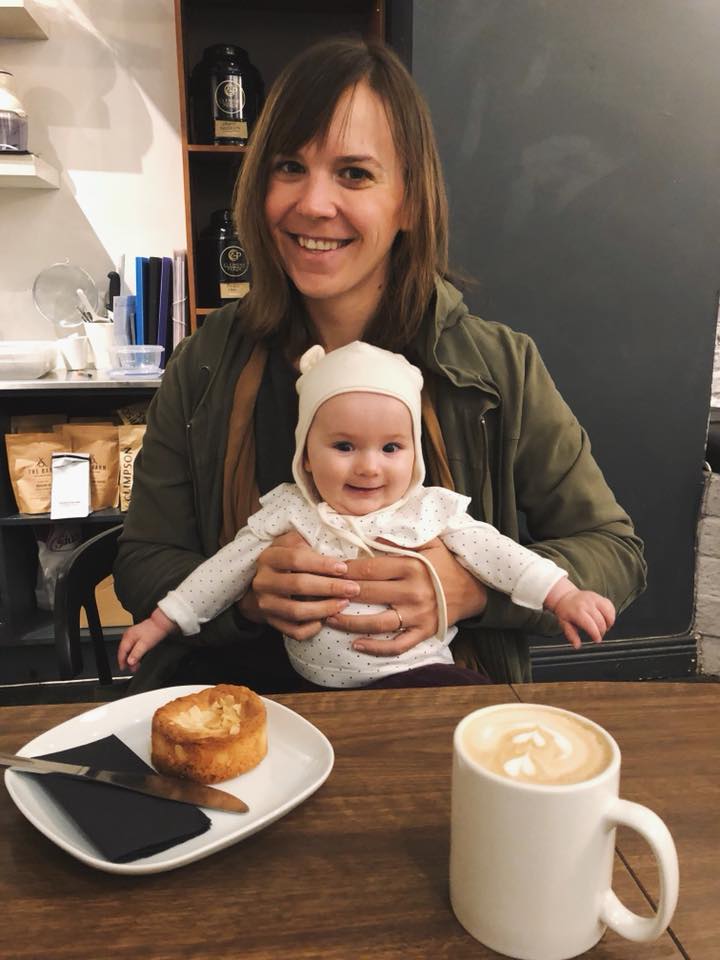 She did really well on our trip to Ireland, she and I flew solo on her first long haul (10 hours) and she slept almost the whole time. She has so far been very adaptable to travel and of course, it doesn’t hurt that she’s a charmer and wins over anyone she meets with that smile. Ireland is a very baby friendly country and she made loads of friends everywhere we went. At brunch on the second day wait staff continued to come over to our table to chat about her and ask questions, and proclaim (read in your best Irish accent) “ah, well isn’t she gorgeous!” This might also explain why getting the check in Ireland takes so long…but we enjoyed the extra attention.

This trip was easier than Costa Rica now that her wake times are getting longer, and in general sleep comes easier to her. I still remember how naps were a really big struggle months 1-3, I think it just took time and patience, but she’s an excellent napper now (most of the time). We were worried because months 4-5 are a period of rapid development and a lot of parents report their least enjoyable time with their babies in the first year. Month four was definitely not a breeze, but it was by no means terrible. And being abroad meant we were pretty busy and on the move a lot so if she was going through something we didn’t really notice. Aside from her new found love of loud screeching for no apparent reason. Which, is not our favorite thing, but is pretty benign in the scheme of things.  Plus this trip felt just like going home, we spent the two weeks mostly eating and revisiting our favorite places, watched two friends get married and explored Dingle, which we hadn’t done when we lived there (whoops). It felt so good to be there, and so strange, as if we’d never left. One major downside to being on the west coast is how far Europe is, I really wish we could go more often! Especially with Wren. Once she can remember it anyway.

I wish I could find a better way to describe how her alertness has changed. Its as if she’s all of a sudden “with us.” She seems not only aware of the world around her, as she has for months, but also of herself within the world and her relationship to us. It’s so much more fun. Plus it’s clear we’re her people. Being the center of of someones world is pretty amazing, to be all she wants and be able to give her what she needs is satisfying on a very basic level. Of course, its a blip in time where she’ll need us so much and we can already see the small changes that will soon lead to independence. I am so excited to watch her grow into herself and to get to know her more and more. 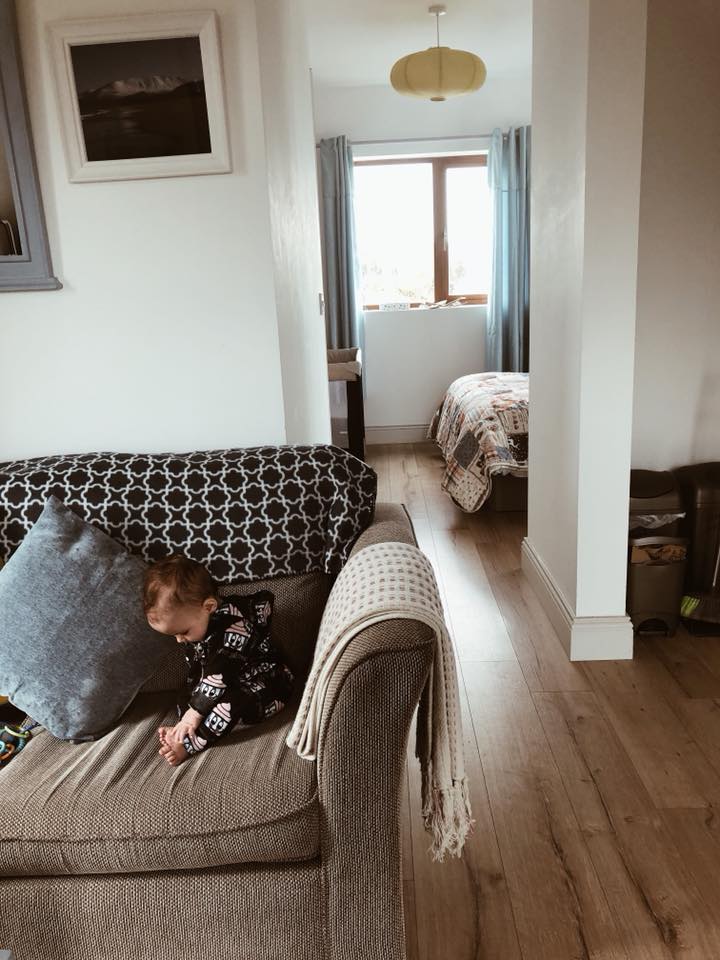 She’s also starting to learn how to crawl, which is really great to watch, minus the impending doom that is a mobile baby in a very not baby friendly apartment. I have this mixture of wanting her to hit milestones but also wanting to keep things more simple. I do however firmly hope she doesn’t walk early. It would be nice for her to understand basic commands before she’s running around! But we’re entering what everyone agrees is the best time with babies, before they’re mobile but when they’re more mature and alert. Of course, there’s always something. Like separation anxiety thats meant to hit around 7-months. But just like everything we’ll just take it as it comes and deal with whatever she throws our way. At least now the pendulum is firmly shifting towards more positive than negative.

We have about a month home before we head off to Nashville, being home is obviously easier, but there is a certain degree of monotony that exists with baby life. Some would just call it “routine.” But it can feel pretty stagnant after awhile, which is how I generally feel about being home too long, so not actually sure its baby related. But babies do force more routine which I definitely am not a fan of. Travel lifts us out of the same-old and resets us. I get to spend time with her and not worry about milestones, or doing things “correctly” but just go with the flow of the day, which is the best! So very much looking forward to our next break. But also, as her wake times increase and the weather improves I see a lot more opportunities for outdoor time.  Bring on month 6!