I almost don’t want to talk about Istria. It’s an incredible place that’s still off the radar for many. Even the most touristed cities in the area still felt fairly quiet. When choosing where to go in Croatia there is, of course, a pull to see the most famous sites, Dubrovnik, the islands. But what we were told by people who knew Croatia, and what we ultimately trusted for our family gathering was that the lesser known Istria was the best of Croatia. I’m glad we listened.

Who wouldn’t want to post up here for a week? Our group of eight stayed in the small town of Novigrad on the west coast of Istria in the stunning Villa Lorena. It overlooks the ocean, has access to a place to swim (though, no proper beach, which was fine for us), excellent restaurants near by, and easy access by car to the rest of Istria (and Slovenia). It was the perfect place to call home for the week.

And the food. The food was just so good. Simple, fresh, loads of local olive oil and seafood. We ate incredibly well. And drank well too. It is shocking Croatian wines aren’t more readily available in the rest of Europe or the US, many of them are world class. One of the best things we ate was on one of our first days in a small hillside village. The restaurant, Stari Podrum serves many things, but what we ordered (and then returned several days later to order again) was homemade pasta with asparagus, or with Istrian Ox. They were so simple, but absolutely decadent. And eating was, as anyone who knows us might expect, the major highlight of this trip. 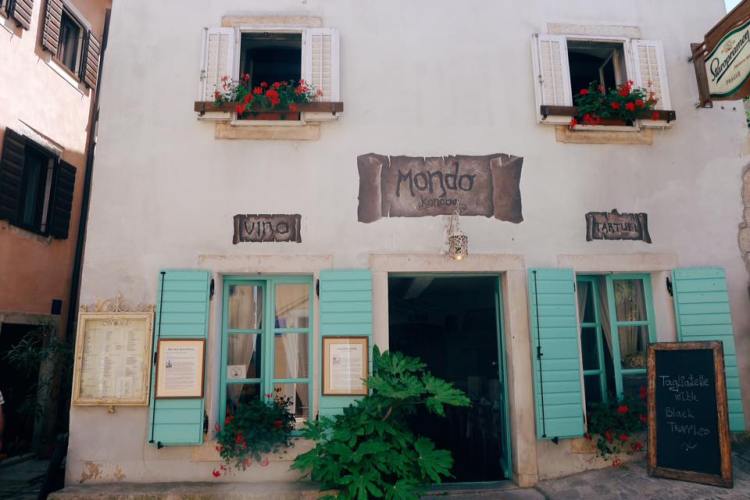 We didn’t just eat of course. We also drank-wine, brandy, beer and olive oil. We ventured to a farm in the center of Istria to taste their oils and have a picnic with wine and bread. Everywhere in Croatia served excellent accompaniments to tastings. At Roxanich, a boutique winery they served bread, local olive oil, and charcuterie along with our tastings of orange wine and interesting reds, far from the standards (which are also excellent). It was clear there was so much pride in their food. And it certainly showed. 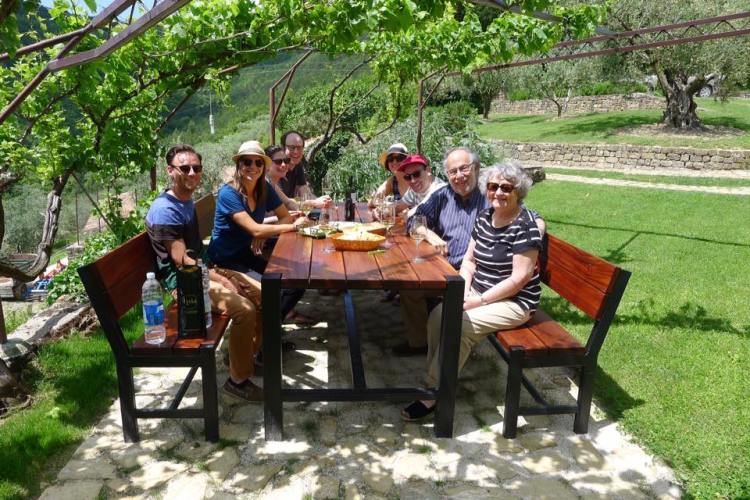 In between meals Alex and I ran the coastline, excited to temporarily be spared hills and tourists. We also took our cars to explore the inland towns and coastal cities. Visiting the hillside towns was partially about the drive there, if you stay off the highway, you get to drive beautiful meandering country roads, past vineyards and farms, very visually reminiscent of Italy. Which makes sense as Italy is only a few hours away. Once you got to the towns there wasn’t much to do, but perhaps wander around and eat a bit. Each small village seemed to boast one or two excellent restaurants, vineyards, brandy tasting, or olive oil producer. It’s incredible some of these tiny villages can support the caliber of restaurants they boast. Though, most are only 10-20 minutes apart.

The coastal cities further south were quite different. Larger, certainly, louder and bustling but not overwhelming. In Pula we wandered the ancient Roman structures. In Porec we toured the Euphrasian Basilica and Bell Tower. In Rovinj we climbed steep alleyways and watched the sunset over the pennisula with multi-color houses dipping precariously close to the water. 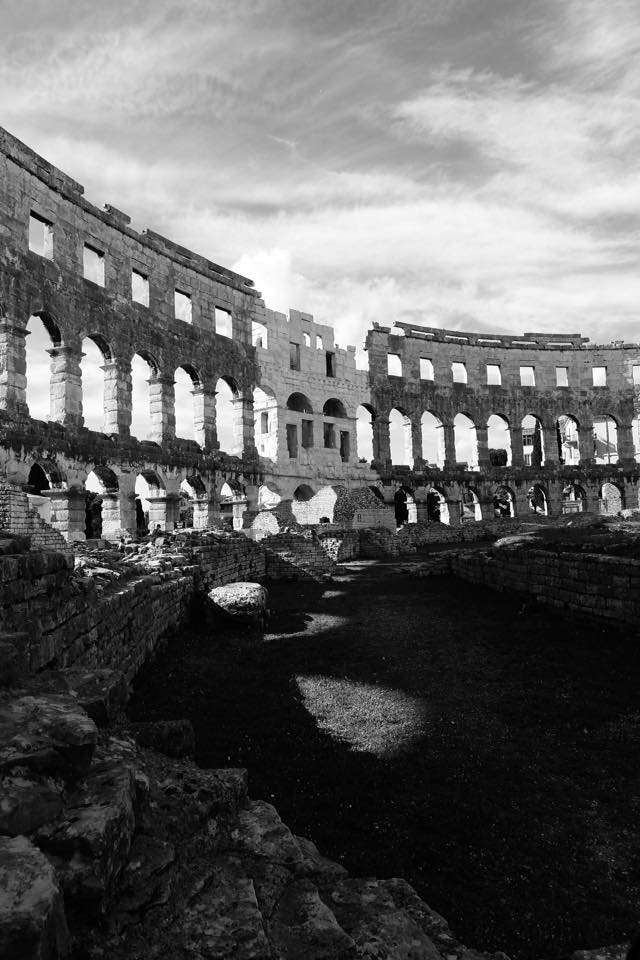 The Roman Arena in Pula is impressive, not only because of how well it’s preserved (the only one in the world to have all four side towers and three orders preserved), or its age (27BC-68AD), but that there were hardly any other tourists. Perhaps in high season, or on the weekends, but when we visited we got the place almost entirely to ourselves. Which is absurd given the lines at the Colosseum in Rome. Which, while visually perhaps more interesting, we preferred the Pula version as it’s always more enjoyable to explore ancient ruins without hoards of tourists  and ropes.

Though we loved our time in Istria, we were equally as impressed by Slovenia. I’ve been trying to get to Ljubljana since we moved to Dublin, but the flights were always convoluted and expensive. But luckily, this somewhat tourist-ignored country is a short drive from Novigrad (depending, of course, on the border).

Though it was raining the day we went, the rain would stop just enough to get in a quick tour of the city, which is a stunner. It is picturesque in the way you want a European city to be. Colorful old buildings, tranquil river running through, large squares hosting farmers markets, complete with a raw milk vending machine? Or maybe that’s just the way I want European cities to look, but Ljubljana did not disappoint. There’s plenty more to see and do in the area, but we unfortunately had limited time. This is absolutely a country I’d love to return to and explore more throughly.

Before heading back to Istria we drove to Lake Bled, though it was raining so we didn’t get the typical sun-drenched views the rain meant we had the lake to ourselves, and the clouds shrouding the lake were eerily beautiful in their own right.

We also took a detour to see Predjama Castle, which is built into a cave. What was particularly strange about this castle was that visually it was most impressive from a distance. Once you got up close, though still interesting it lost its visual context and grandeur. But from afar, it’s certainly one of the most interesting castles I’ve seen.

Our time in Istria flew by. A week felt perfect though, to explore the region. Of course, we could have stayed much longer, Istria certainly inspires lingering. I’m glad we started the way we did, from the South to the North. The entire country is great to visit, but we certainly felt it improved as you go north. Before returning home we had one more stop: Plitvice Lakes.