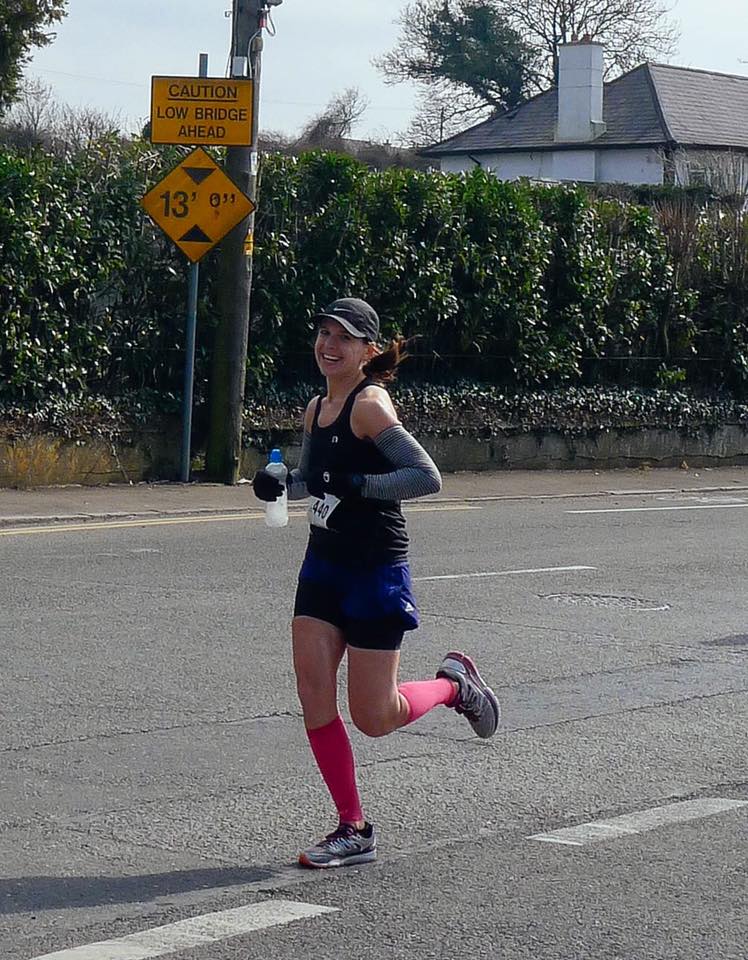 Sixteen and a half weeks ago I started training for a marathon. Like a lot of things I do in my life, it stemmed from a perspective of “why not?” The most valuable pursuits in my life have always been somewhat lofty goals that required a great departure from my comfort zone. The reward has always been life changing. Not in the epiphany sort of way, but more in subtle shifts of perspective that permeate all aspects of my life. But ultimately, vastly improve it.  The three life changing events that come immediately to mind are when I flew to Nepal by myself to trek in the Himalayas, when I summited Mt. Kilimanjaro with zero training and gear that was by most considerations, barely adequate, when I hiked across Spain for a month. And soon, I believe, training for, and running my first marathon will be added to this list.

In all of the above situations I was forced far out of my comfort zone, into a realm where I was far from certain of my ability to complete the task at hand (how boring to be certain of success). I’m proud of obtaining my various educational titles, but never did I remotely worry I wouldn’t get my masters. Academics, while challenging, are not the sort of challenge that personally make me uncomfortable. That at the end I accomplish something I didn’t know I was capable of. And anyway, being comfortable is a sort of death if indulged in too often. Every time I emerge on the other side of these trials I know I am better. My perspective is forever altered, my confidence grows, in a million tiny ways my life is better. I hate to think of all I wouldn’t have discovered without these challenges in my life.  Of the personal strength gained, stories accumulated, people met. And so I seek more. And a marathon is one hell of a way to test my own strength, physically, but mostly mentally. I’ve trained for this, I know my legs can carry me. And while there are things out of my control (weather, illness), mostly it’s going to be a battle in my mind. Of putting one foot in front of the other when all I want to do is stop. When it hurts, when I’m tired, when I enter the “pain tunnel.” But it’s all worth it. Of course it is, why else would 500,000 people do this every year in America alone?

I’ve called Alex from a bad training run in tears on a few occasions. Once this week during one of my final training runs. Luckily, he’s a runner too and understands this absurd thing we put ourselves through nearly every day. Trying to explain to non-runners this complex relationship with running is pretty much a non-starter. I hate running, I love it, it’s part of who I am now. There’s something particularly primal about running that just feels right. I had a tough week. I ran 57 miles the previous week, including a half marathon, had a calf injury scare (luckily was nothing), and was just spent. I was trying to run some speed work and couldn’t hit my paces. I felt like I had nothing left to give, my legs were just depleted, my mind reminding me how many miles I had left, telling me I couldn’t do it. I felt like if I couldn’t hit my paces I would fail my marathon, something I’ve spent several months preparing for, and has been  easily the most physically difficult thing I’ve ever done. Which was an absurd thought, but of course it felt monumental at the time. Ultimately, I can’t imagine life without running, without movement, without being outdoors. But in that moment? I wanted to quit more than I care to admit. But of course, I didn’t. I finished the run, I slept, I went over what went wrong, I got back out there and ran again. One foot in front of the other, one mile at a time. And the next run? It was better. It always gets better (if you don’t give up).

The last sixteen weeks have included incredible highs, runs where I felt like I was effortlessly sailing at paces I didn’t know I was capable of. I’ve gotten so much stronger, I now think a 10-miler is easy. I think back to the runner I was a few months ago and I barely recognize her. I ran 215 miles this month. That is a respectable number for any non-elite runner, and I’m still very new in this game. It’s no small thing. But I’ve had my fair share of lows too, of mid-run tears and anger at my own weakness. But it’s those lows, and pushing through them that make the highs that much better. As in all things in life, there can’t be highs without lows, and so I try to welcome the bad runs as a sort of running balancing act. This terrible run where I hate everything means the next time I sail down the trail and feel euphoric it will feel so much better, it will be worth more. When I cross a finish line it will be so much sweeter having pushed, and struggled, and shed a few tears in the pursuit.

I don’t know what will happen during my marathon in nine days. I hope it’s an incredible day, I hope I hit my goals. I hope I enjoy it (including the parts where it hurts, because it will, a lot). But ultimately, getting to the end of training is worth more. I dedicated eighteen weeks of my life to train for this. I don’t have a great record with sticking with things. While I crave challenge I also bore easily and once something feels too familiar I tend to abandon it for the excitement of the unknown, of newness. I don’t even like living in the same apartment for too long. There are a few exceptions to this in my life, namely, my relationships. But now I get to include running in that small set of exceptions. While a lot of people have been runners for years I’m throughly shocked that at the end of May I’ll have stuck with this a full year, with zero intentions of stopping. It’s too good. I feel luckily to have found it. So now as I take it “easy” in my taper leading up the big event I’m simply proud I completed a full cycle of training. With 93 runs down (7 to go) I’ve missed one run. One. And I’m offering that single run up to the running gods, a perfect cycle would be a bad omen, right?

Bring it on, Rotterdam!