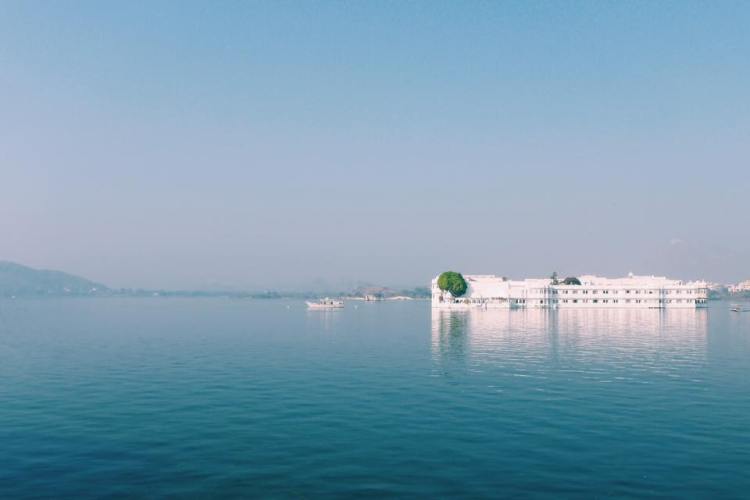 Udaipur, compared to Delhi feels like a small town, though this city boasts nearly 500,000 residents. It’s known for it’s several artificial lakes that snake around the city, that, and the filming location for Octopussy. Last time I was in Udaipur I stayed up in the maze of alleyways that define the tourist center of the city, this time, we stayed on the water with views of the Lake Palace. 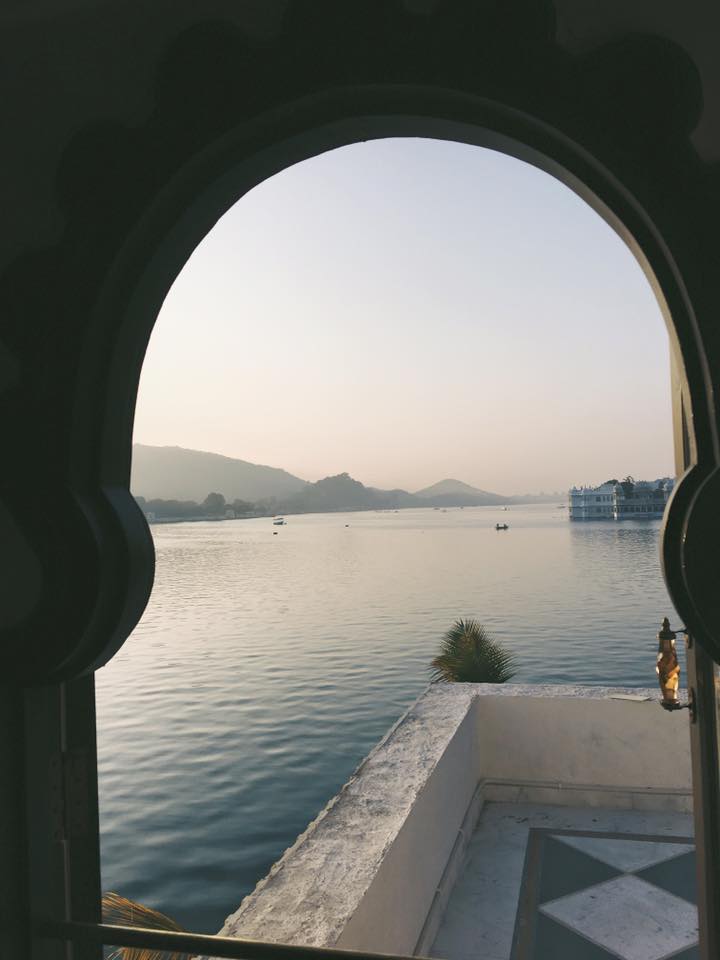 In terms of accommodations, India boasts the full spectrum. From cheap, no thrills $5/night hostels, “the best” hotel in the world, to charming heritage hotels. In Udaipur, you can stay in ultimate opulence at the Taj or Oberoi (and pay accordingly). Or, you can reserve a unique suite in a heritage hotel (like ours, Amet Haveli) for a fraction of the price. Opulence is everywhere, but unique stays in Haveli’s aren’t. It’s one of the charms of India, the breadth of unique accommodation. Throughout our trip each hotel was supremely unique.

A major draw to Udaipur for tourists is the 16th century City Palace. Though, they call it the “City Palace Museum” which makes one think they’re about to wander around a stuffy museum filled with discoveries like, oh! look at this 16th century royal comb…it’s very…old. Moving on…So one might not be inclined to visit (or pay the camera fee), but it is a worthwhile venture, in part just to wander around the impressive grounds and gain spectacular views of the city.

But the highlight, as you might expect of our time in Udaipur was the food. For one of our diners we ventured to a place recommended by our food tour guide in Delhi (Kebab Mistri) where we dinned on the roof top with blazing charcoal fires beside us to ward of the evening chill. We also ate at the same famous Thali restaurant I went to the last time I was in Udaipur (Natraj), which was just as delicious as ever, though there was a slight price hike with your entire meal costing a staggering $3. We spent our second dinner at the house of a local woman who runs cooking classes (Shashi). It would end up being one of the highlights of our trip, and certainly the highlight of our time in Udaipur. We arrived early giving us the opportunity to chat with Shashi and hear her story before the others arrived. When she was a young mother to her two sons her husband unexpectedly passed away. Because of her cast she was not allowed to remarry. She found work where she could to support her family. Though she spoke no english she began giving cooking lessons to tourists. With the help of her sons, and clients she eventually learned english and got the business off the ground, to great success. And we soon found out why. We spent four hours with her, learning how to cook and being throughly entertained by her dry wit. An evening full of great conversation and food is pretty much the best way I can think to spend a few hours, and that’s exactly what this class provided.

Alex and I also explored on foot through running around one of the lakes. We got a fair amount of strange looks, though locals run/walk around the lake they tend to do it in the morning, and also probably aren’t used to foreigners running around the city. As a woman I felt infinitely more comfortable having Alex there, and doubt I’d run on my own without him. India (particularly northern) is still very much questionably safe for solo-women. Delhi provided treadmills, so this was my first experience running outdoors in India, and felt mostly like I just wanted to get it done-a distinct change from Sri Lanka where I enjoyed my runs (mostly). But it did give us the opportunity to explore a few miles outside of the city center, which apparently, is where teenagers go to be alone and hold hands. Because, teenagers everywhere.

With Christmas Eve looming we headed out of the city, to the middle of nowhere Rajasthan, and the tiny town of Narlai.