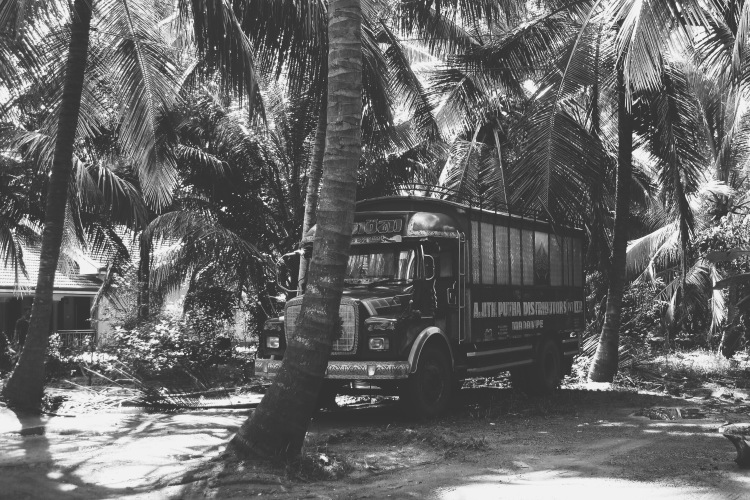 Our group is diverse, though pretty much everyone is from Australia or Europe. Ages ranges from 22 to 81. It’s mostly all women. So far, there don’t seem to be any “high risk” travelers. Everyone is nice, extraordinarily well traveled (my 45 countries ranks firmly as “average” for this crew). And, of course, everyone is interesting. We’ll see how this progresses over the next few weeks, naturally, but so far so good. And when it comes to group tours the enjoyment is 80% or so dependent on fellow travelers. And for me, a big draw.

Our first day was just for arrival logistics. After breakfast I met Ali, an Aussie, and we set out to explore the local markets. Which, really was just an excuse to go do something not in the hotel. My first impression of Sri Lanka, walking the chaotic road for 5km was basically that it was “India light.” Everything felt familiar, if not a bit more calm (a very relative “calm”) but walking on the street was possible, so that was exciting. Similarly the hassle factor was lower, and not really persistent, accepting a “no thanks” at face value. I cannot over emphasize how relieving that is. 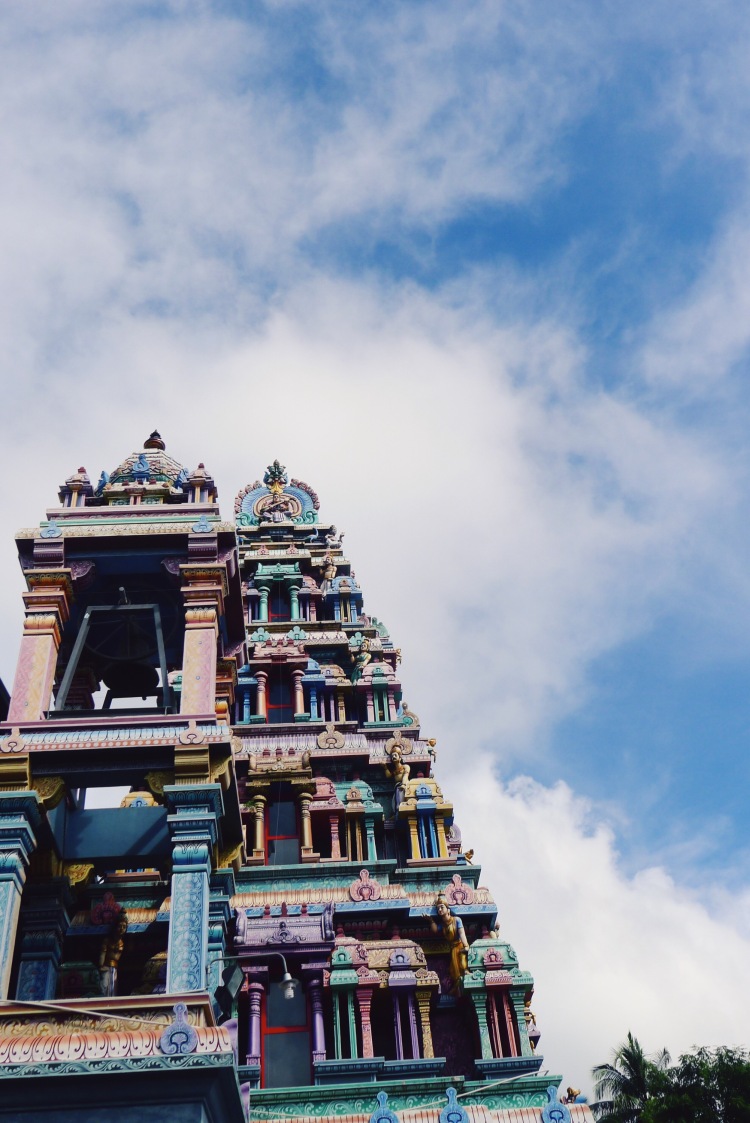 On our second day we drove up to Anuradhapura, with several stops along way. A Hindu temple, under construction (which we’d very quickly learn was a central theme to the country) and a coconut farm where we drank and ate various forms of coconut, which is a pretty solid way to spend an hour.

The forecast for our trip was not promising, so far it’s been raining on and off. Luckily, for our visit to Mihintali, the rain abated for a few hours. The site is a peak a few kilometers from the city, and an important place of worship for Buddists. There is a stupa, but the main draw is the climb up to the lookout, which involves a white-knuckle grip of a railing and very sure footing. But the views were outstanding. 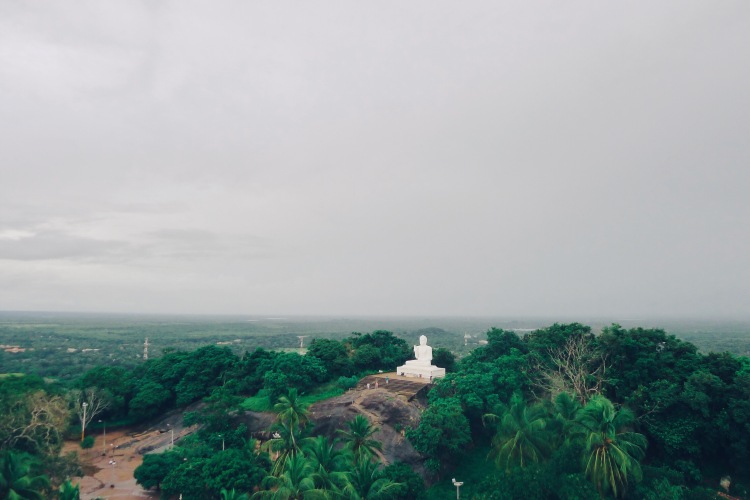 On the way home we ate at a local place. There are only a few staples in Sti Lankan food, and while it’s delicious, I imagine two weeks of it will be quite enough. But the real challenge, should you attempt it, is to not consume an inordinate amount of rice, which the locals pile into a precarious pile which they top with curry and veg. Plus it’s a bit of an ordeal to convince them to make it spicy (as they eat it), though having our guide to navigate that has been a huge perk of the tour. 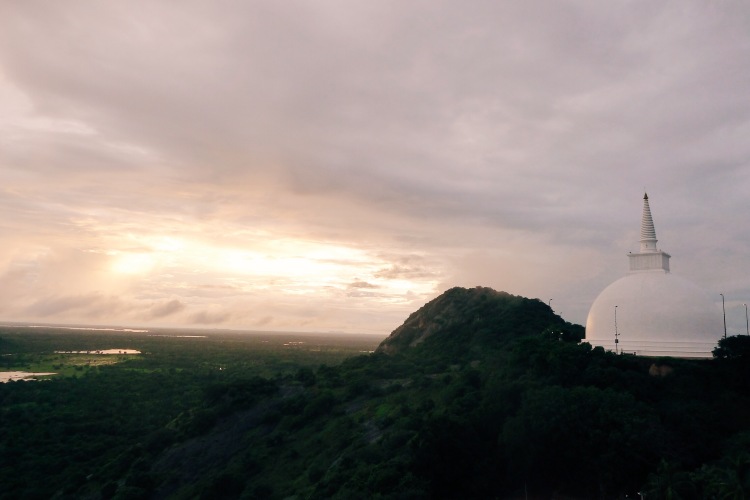 On our third day it rained. We also went on a cycle tour. Our guide offered to provide a van to take us around, but collective group think (and the fact that the 81 year old was game) meant we were going to tough it out. After the first 20 minutes the rain picked up and we were throughly soaked. At the first stupa (on a 4 hour tour) the van was again offered. Everyone stayed silent. I didn’t necessarily want to be the one person who opted out of a group activity. But also, I wanted to enjoy the day. And I’m a cranky nightmare in the rain. It’s my one thing that I just struggle to tolerate. Plus I live in the rain, I get enough of that. So I said I’d take it. Then the two other girls from the UK (my roommate Dani, and Katie-both around my age, both from rainy cities

) opted in too. The “van” was actually an open back army truck. The three of us rode along, drying off and bonding over or shared decision. The rain did not stop. Every time we left a new location the resolve and humor of the collective group grew grimmer. We, on the other hand marveled in our excellent (dry) choice and wound up having a great day together. It used to be harder for me to speak up in these sort of situations. But I’ve learned to balance sucking it up when it’s best to, and being fine with asking for help when I need it. Even against group collective opinion. And having zero issue with admiting I’m not up to something.

The tour was fine enough, a lot of stupas, which to be honest I don’t find terribly interesting anymore (you can only see so many).  But it was a great day getting to know two women I probably would never have met in my life otherwise. At this juncture in my travels, when I’ve become very comfortable, and a bit over saturated on occasion, it’s more the people and the adventures that draw me to explore if its not a particularly adventurous trip. The weather might be awful, the stupas underwhelming, but the experience of laughing over the absurdity of it all with new friends, half way around the world is exactly the sort of experience I’m after these days. 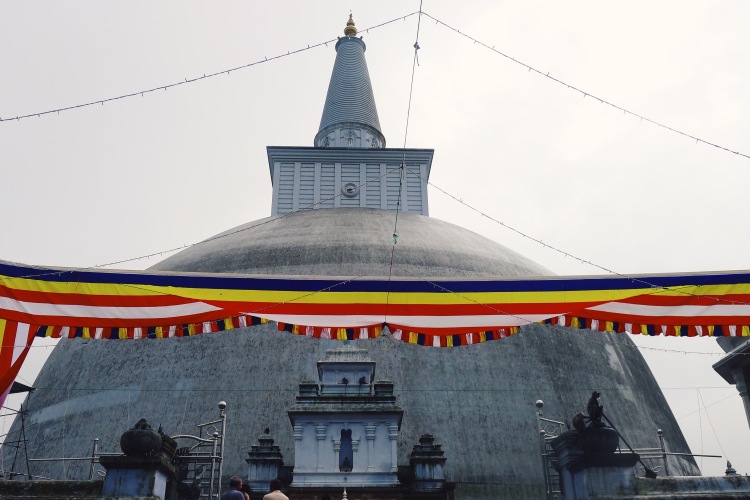 Despite the rain, which at least keeps the heat a bit a bay, I’ve enjoyed the brief introduction to the country. But I’m excited to delve in more. Next, we heady of center of the country.