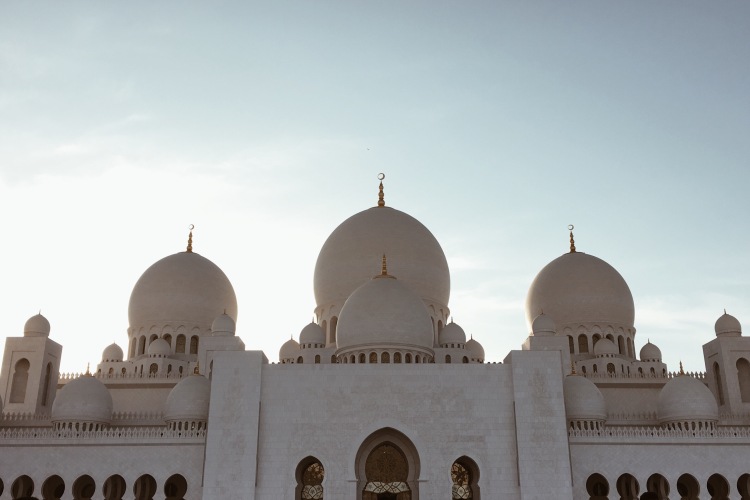 Or how I personally delayed an international flight and was almost stuck in the UAE. 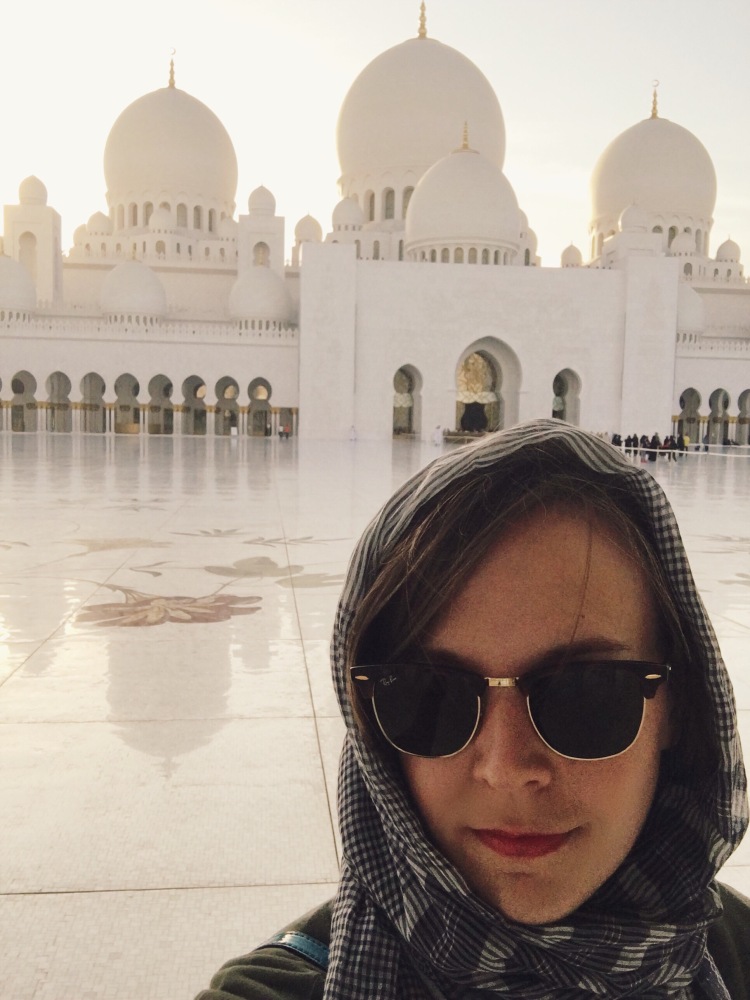 But first. My very brief introduction to the UAE. I landed at 7am and by 9am had made it from the airport to my hotel. Not exactly the efficiency of plane side to apartment in less than an hour at Dublin, but it was highly efficient given the sheer amount of absurd lines for absolutely everything. My view faced the ocean, which was an improvement to either the desert with seemingly randomly placed high rises or rows of anonymous apartments. Though the corniche by the water is an attractive promenade snaking along the water for several miles, flanked occasionally by beaches. After a nap I headed out in the heat of the day for a run there. In part because I have poor planning skills and need to start training for my spring marathon on this trip. But also, it makes me feel more normal, especially after a long haul red-eye. 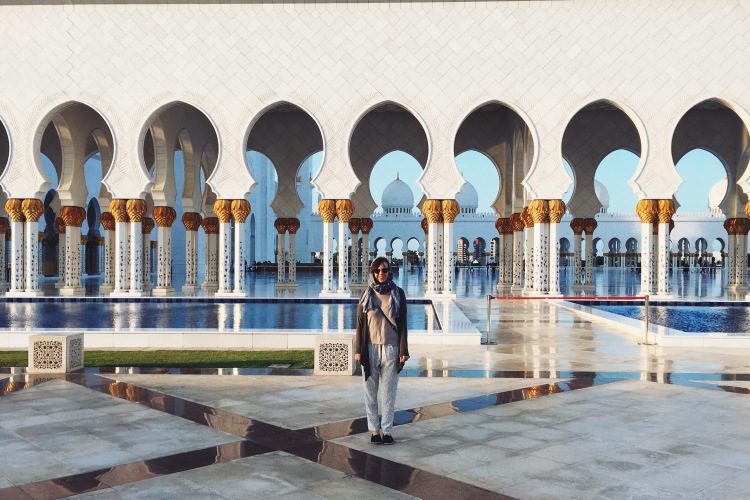 I have never sweated that much on a run. I suppose I could have waiting until the heat of the day left, but I imagined if I didn’t go then I wouldn’t. After a shower I headed out to the Grand Mosque. I’m sure there are other things to do in Abu Dhabi, but I imagined my jet-lagged self would have energy for little, and the mosque is clearly the highlight of the city. It greats you as you arrive, imposing and impossibly large, stunning white against the dim haze of the desert air. 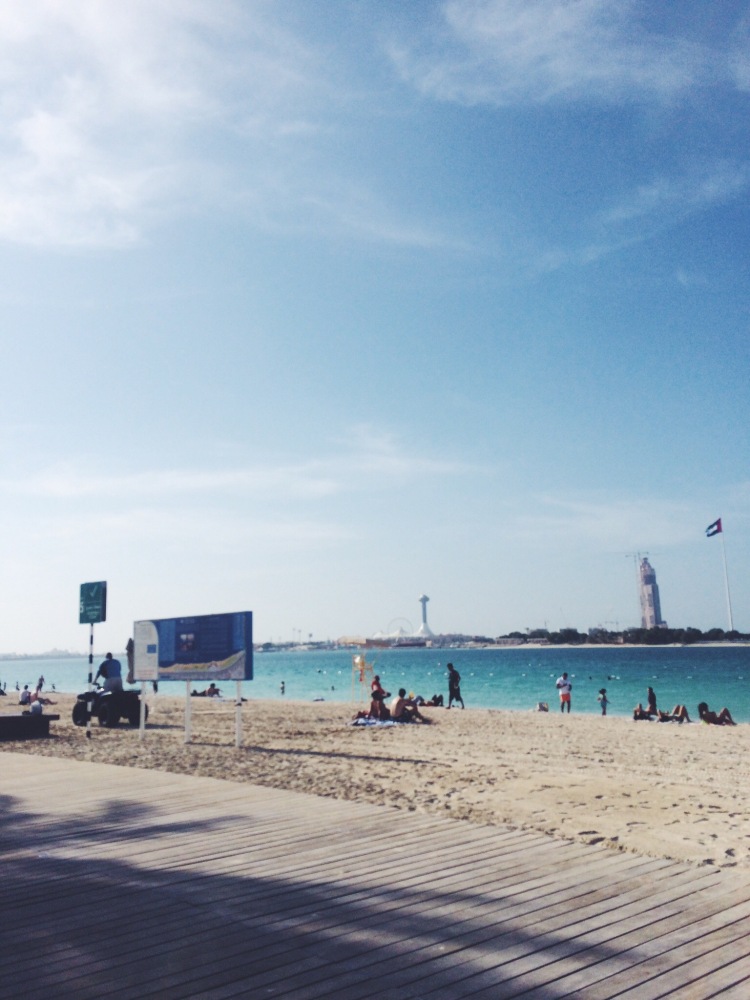 It is one of the more impressive architectural sites I’ve seen in a long while. But I’m also biased. I really, really like mosques. It’s been a long standing fascination and awe. I can’t explain it, in general religious monuments don’t really interest me (unless it’s spectacular in some way), from gothic cathedrals to Thai wats, my interest level is rarely piqued. But, mosques. I could wander around them for ages. It is in part because I enjoy Islamic art, particularly for the themes of symmetry throughout. But there’s more to it than that, and I really can’t verbalize what it is. But this mosque did not disappoint, it was incredible. The sheer enormity of it, the intricate details, the absurdity of the column lined pools that surrounded the complex. 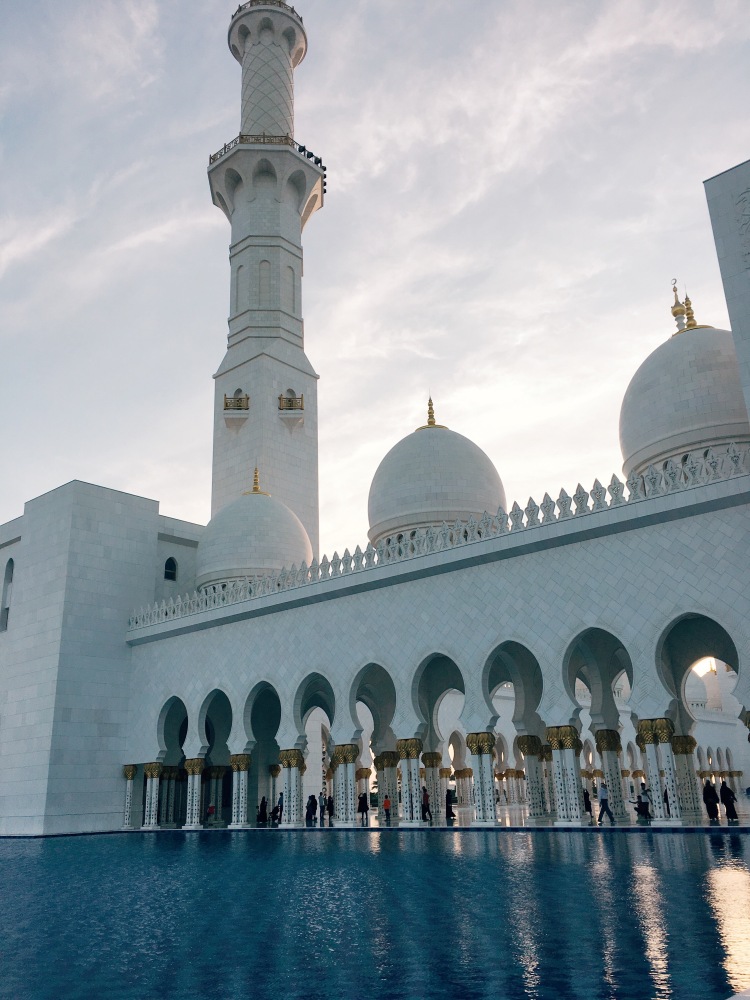 I went at golden hour to watch the stark white marble mellow and reflect the sun, changing hues every moment, until the sun set and it took on an almost purple color. 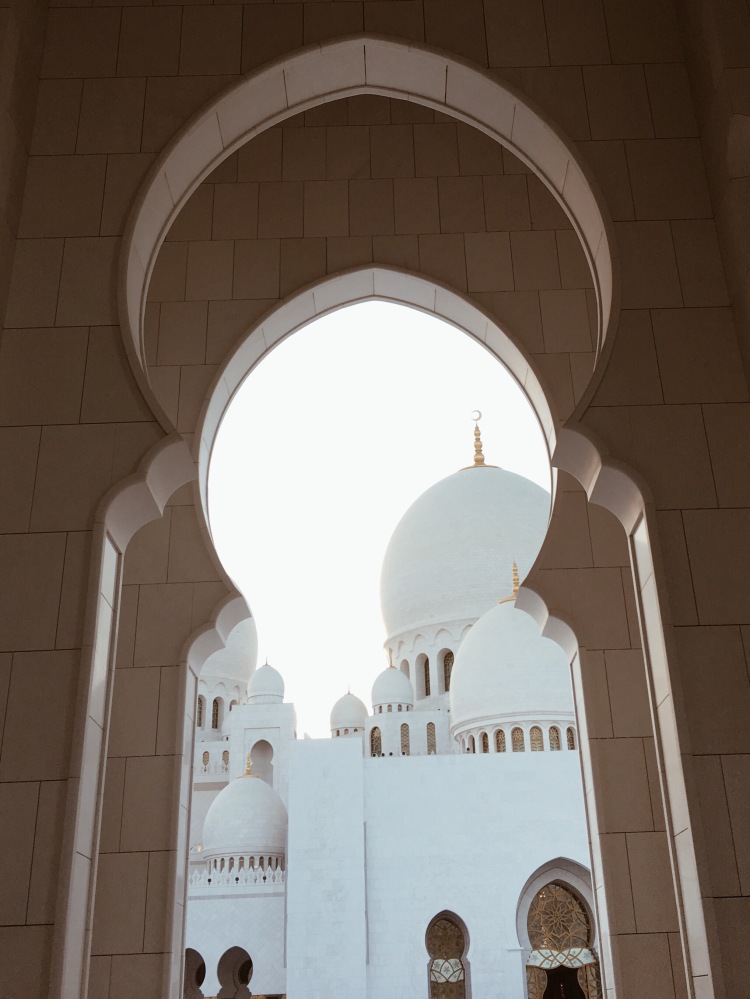 After, I returned to my hotel, napped again and then headed back to the airport throughly content with my very brief visit. 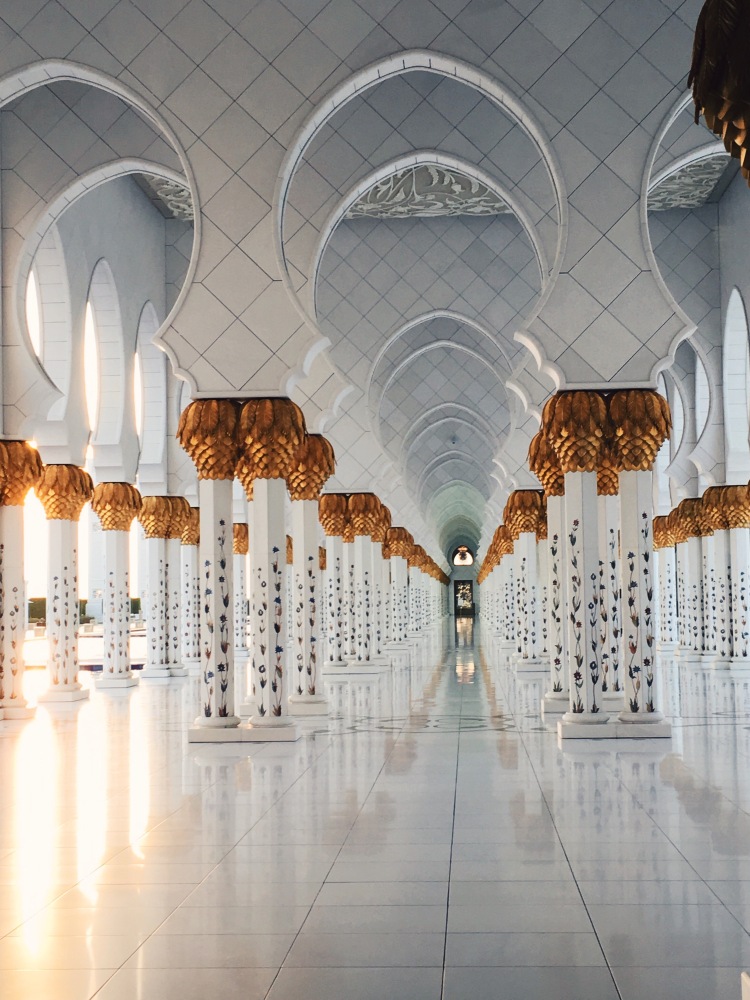 That is, until I try to board. It’s worth noting I had no trouble from Dublin to AUH, checking in, or going through security. As I try to board the gate agent asks me to step aside. He then asks me for my credit card, evidently, the computer says there’s a problem with it. Which is odd I think, I bought and paid for this ages ago. Except I realize, it was on an old, now non-functioning card (thanks random person who tried to book a Turkish cruise on our cards). So they tell me I can’t board without that card. I tell them that card doesn’t exist anymore. We stare at each other. I call Alex and have him send me a photo of the old card which by a small miracle he has and can immediately send off. By now I’m delaying the flight. They struggle to amend it, they are kind at least. The gate agent says he promises I’ll get on the flight and sends someone to stand in front of the boarding door. Finally, they fix it. And I walk of shame onto the plane. To add mild insult to injury I’m now siting in the very last row (window at least!) because in the confusion they gave up my seat. My headphones also fail, figures. I was really, just happy to be on board. And shocked they allowed the whole plane to miss push back to wait for me, delaying us by an hour. I really, really hope it didn’t impact anyone’s travel. Other than mild annoyance. I have never had this happen before, and again had no trouble in Dublin. Hopefully, I won’t have any in the future as my flight to India and back to Dublin were all booked on that credit card.
So that’s how I almost got stuck in the UAE. Still throughly enjoyed my time, despite a last minute panic. 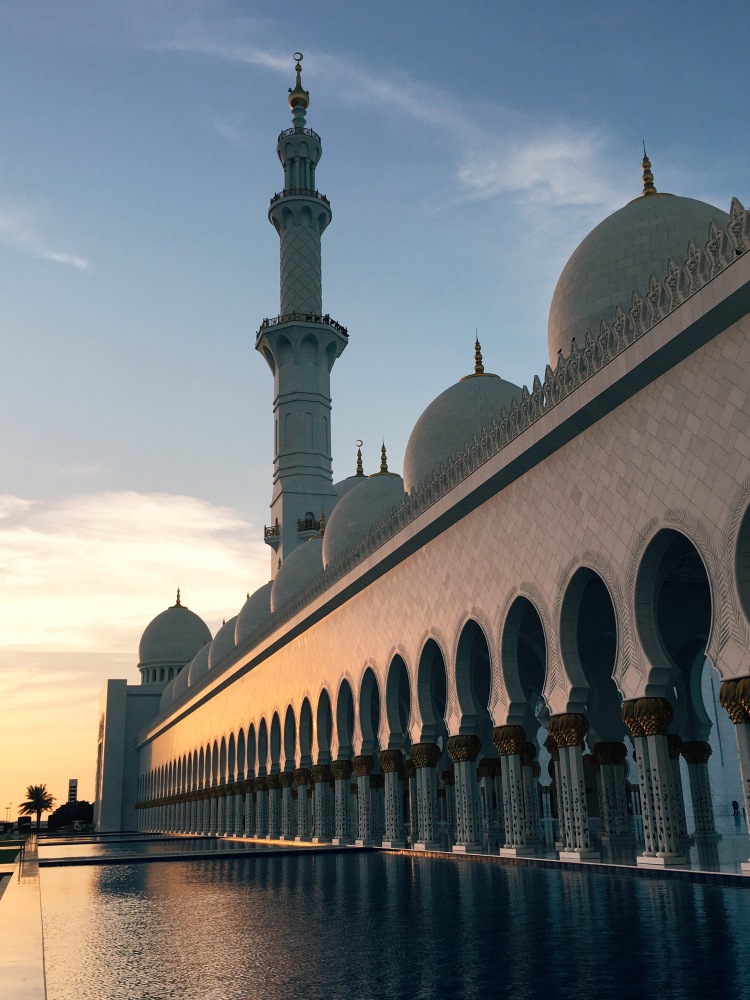 On to Sri Lanka!