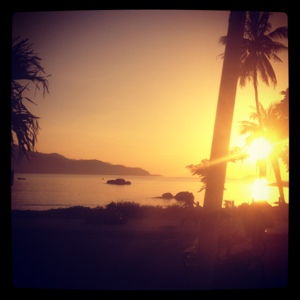 I’m shivering. I’m wearing pants. I sort of wish I had a jacket on. Something is very, very wrong. I couldn’t figure out why the baby sitting next to me at the adventure booking agency looked like he was about to go skiing. Now, I get it. Dalat, by south east Asian standards is frigid. OK, so maybe it’s actually in the low twenties, but when you’re used to high thirties these numbers make you want to put on a scarf (and all the locals do). It’s a welcome change, even if it is a bit dreary with a relatively constant drizzle. At least cozying up with a warm bowl of noodles or hot cup of soya milk is inviting as opposed to repulsive. Dalat in general seems strange, it used to be a vaction town for the French, and so it doesn’t look Vietnamese, though the food stalls and motorbikes assure you otherwise.

A seventeen hour bus ride brought us here. Seventeen hours now feels obnoxious, but not terrible. Six or seven hours is super easy quick! Ah, what budget travel can do for your patience levels. Now having tested both land forms of transportation in Vietnam it is difficult to say which is better. A train (soft sleeper four cabin) is the clear comfort winner, but given that traversing half the country only ran us $25 each it’s pretty difficult to feel OK paying double, or more, for the train. My conclusion? Pay to fly, or suck it up on the sleeper bus. Its really, not that bad. You can almost recline fully! Besides, we shared the ride with a couple from the states well into their late sixties, if they can do it without complaining, I suppose I should be fine, right? Only mishap was loosing my second pair of “ray bans,” good thing they cost $2. Other than that we made it to Nha Trang just in time to watch an extremely picturesque sunrise before transferring to Dalat.
Dalat itself is small, set on hills and a bit kitch, but endearing. They even have a radio tower shaped like the Eiffel tower. Our only real activity of the day was going to the “crazy house,” built by an architect whose style can best be described as Alice in Wonderland esq. See pictures below. She’s designed other buildings in the area, including one that was torn down by the government because they thought it was “anti-socialist,” whatever that means. We also witnessed a motorbike crash. Or actually, heard it. Walking to the market for a snack we heard two motorbikes collide and screech towards us. It was close enough I briefly thought I might get hit, luckily for me, they stopped a good ten feet behind me. The three guys involved looked alright, they had helmets on and long protective clothing. But what happened next seriously upset our western sense of justice. One of the guys on the bike that had been hit grabbed the guy who had run into hum and began kicking him, really hard I the stomach, when he tried to get up and run away he grabbed him a continuously punched him in the face. His friend, who had also been on the bike tried his best to keep him off, but he wasn’t particularly helpful. The crowd slowly grew but didn’t do much, as foreigners, we kept our distance. Eventually the guy managed to run off, from what we saw he had a black eye, broken nose, and cut lip. His ribs of course, were likely quite badly bruised. Hopefully he made it to the hospital, we left before anything else happened, and all of the above happened in the span of about thirty seconds. It was really upsetting to watch, even though the guy was at fault for causing the crash he didn’t deserve what happened to him and it’s clear he would not be able to press assault charges. Vietnam has been the only country so far where we’ve seen a fair amount of outward aggression, both towards each other as well as tourists. It hasn’t been bad for us at all, and most people are very friendly, but it is noticeable compared to other countries we’ve been to where outward signs of aggression or anger is very looked down upon.
An interesting introduction to this chilly Mountain town. 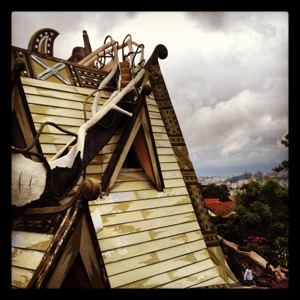 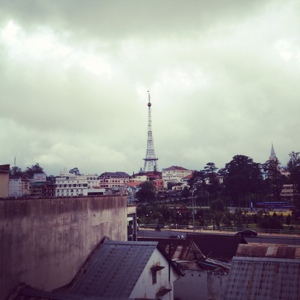 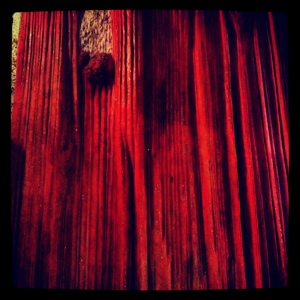 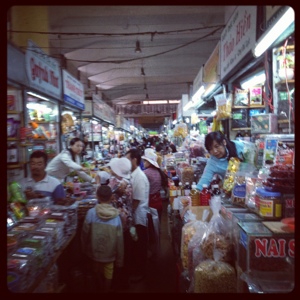 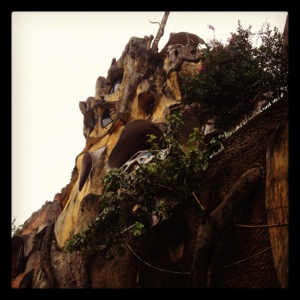