Hoi An is, by all standards a gigantic tourist trap. The streets of Old Town feel a bit like Disneyland and everyone wants to sell you something, specifically, a tailored suit made in 24 hours. We both throughly enjoyed it. It’s picturesque, with endless rice paddies, low lying French colonial buildings and a general feeling that one ought to slow down.

We spent our brief time in the city leisurely riding bikes, complimentary of our hotel, through old town, to the near by beach and around the rice paddies that extend indefinitely from every corner of the city. We considered taking a cooking class, but given its low season many of the restaurants are closed for renovation. So instead we opted to create our own food tour. After extensive research and trying to negotiate the plethora of options we slowly began to recognize what the various offerings available were. We biked around old town trying just about everything we could.
Banh mi is a clear favorite, but we also tried Cao Lau, a regional noodle specialty. Much like New York, they claim the secret is in the water and can’t be properly made elsewhere. Regardless, it was delicious and we always love the opportunity to sit around tiny tables, in tiny chairs with a bunch of locals.
Though Hoi An was essentially just a stopping point on our way to Dalat and the Central Highlands, it ended up being an excellent diversion. 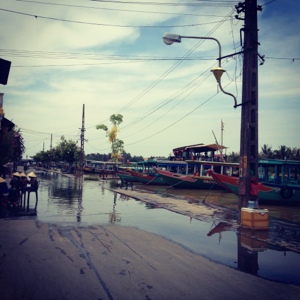 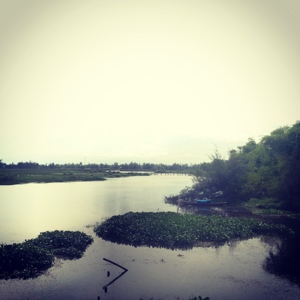