Oh Vang Vieng, for all your natural beauty you’ve certainly developed a bad reputation of late. Just google the name and articles regarding the annual death and injury count are abundant. Even better youtube it. It’s a backpacker right of passage, to rent a tube and bob your way down the river. Not so bad, given the stunning scenery of impossibly high green saturated lime stone cliffs that make this a postcard perfect destination. But because it’s a developing country with limited regulations, and because some young backpackers have a inclination toward debauchery it has become something akin to a non stop rave. Enter a bar on “the island” and you’ll be handed two menus. One is the regular one, the other, your choice of illicit drug. Everything is available here. So you combine no regulations, cheap and plentiful beer and drugs, a river, and your bound to get more than a few injuries. Every year people die here. It’s a wonder it still exists. Locals, in an attempt to capitalize on their sleepy town turned frat party destination have erected zip lines, rope swings, diving platforms, and the appropriately named “slide of death.” Resulting in intoxicated teenagers and twenty something’s to plummet into shallow water where sharp rocks are plentiful. And then, there are bars all along the river offering free buckets of liquor, or food, or anything to keep you drunk and spending money. Every corner you can buy a tee shirt that indicates your survival, and “necessary” completion of this legendary activity. 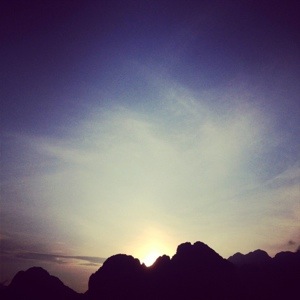 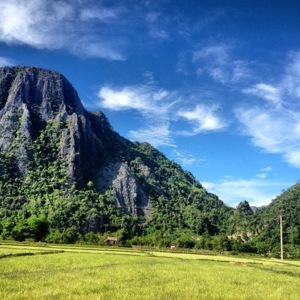