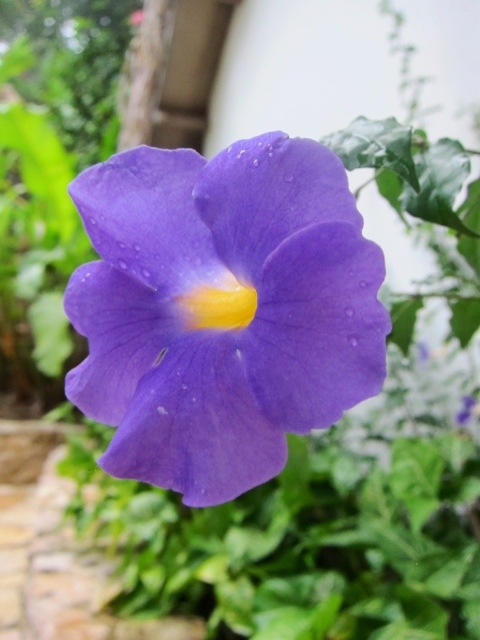 I’ve lost my sunglasses. Again. I always do this. For some reason, on trips it’s the one thing I continually misplace. I have yet to be pickpocketed, or leave my phone on a train, but evidentially I am incapable of maintaining possession of my sunglasses. My favorite ray-bans are currently somewhere in a sand dune in Peru. I don’t know why, but this greatly frustrates me, I don’t really bring pairs I’m super attached to, so the thought that my persols had foreven been lost was more of an inconvenience than anything else. But, I do feel as if by being so careless with them I’m somehow letting myself down as a traveler, that this is an indication of a lack of travel savvy. I was luckily, able to locate them, and retrieve them in San Ignacio on our way to Guatemala. I’m guessing this isn’t the first, or last time I’ll do something like this, or, perhaps get my laptop stuck in a safe in Cuzco. Worse things could happen while traveling, and I’m extremely lucky that this (and a few flight cancelations, and broken-down vehicles) have been the pinnacle of travel disruptions. So perhaps, this was my travel karma, and everything else will be perfectly smooth from now on, heres to hoping anyway!

The drive from Blancaneaux to La Lancha (of the same ownership) takes about three and half hours depending on customs at the border. After leaving the nature preserve in which Blancaneaux resides, we were thrust out into the low lands near the cities of San Ignacio and Santa Elena. Weaving through the small, colorful, store lined streets I felt as if we were getting our first peek at “real Belize,” aside from our initial drive from the airport. Blancaneaux is undoubtedly beautiful, but it is certainly not representative of the country in general. Which, from these two cities, is generally clean, and filled with people (and backpackers) dodging traffic and the occasional chicken. Driving through in our tinted windowed van, I longed a bit to be out with everyone else. I did feel, a bit closed off and envied the teenagers in front of us riding in the back of a pickup laughing with one another. I would have liked some time to explore these cities, but it will have to be for another trip. I love that everything so far has been easy, but I do miss the benefit of feeling more connected with my surroundings that comes with more basic travel.
As we drove, There were several farms, and half built buildings seemingly abandoned with little intention to continue. No one carried anything on their heads. For some reason, this stuck out in my mind. Belize, from my limited view is somewhere in between developing and first world, and entirely new to me in that respect.

We had been warned that the border crossing could be hectic, complete with lines, money changers, and indifferent customs officers. We experienced the last two. Standing in line at the “entrada” sign where we attempted to purchase our visas (which, really, were just stamps) as the agent wandered off with no indication that she would come back. Instead, some guy who wasn’t in uniform sat down and took our passports and money. Slightly disconcerting, but he stamped and signed our visas and we were on our way. Entering Guatemala it is instantly clear you are in a new country, in particular, a much more impoverished country. Roads are more rough, military line the highway with checkpoints (and guns large enough to wonder why they might need them), homes are more dilapidated and livestock wander more freely, significantly malnourished. And yet, the country itself is strikingly beautiful, I would venture to say, more so than Belize. The greens are deeper, the land more lush. It is a startling juxtaposition. Spanish fills the air, replacing the english of Belize. A few meters and we are in a totally different world. 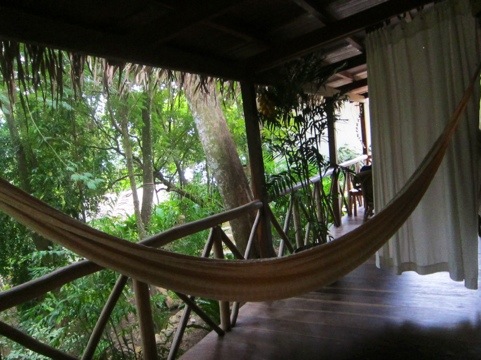 La Lancha, is also, much different than Blancaneaux. It is far more rustic, residing lake-side and occupying a fraction of the acres. But, it is also more quiet and has more relaxed and adventurous vibe. Blancaneaux was amazing, and I would stay there again in a heartbeat, but, it did have a slight level of pretension that La Lancha completely lacks. Most importantly, the open air Guatemalteca restaurant, complete with lake view, serves exclusively local food, grilled on the outdoor parilla. I could spend my days eating and canoeing, and be entirely satisfied.