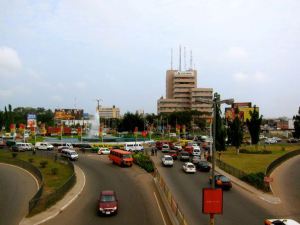 Well, technically I’ll come in briefly tomorrow morning to say goodbyes, but today is the last “official” day. Most likely I’ll spend it helping Princess with her lab work, then going home to pack up everything. It always feels like a miracle I can fit my life into a 55L backpack.

I suppose, then it would make sense now to remark on my overall experience volunteering here. It certainly was different than past experiences; here I felt much more like a colleague, and while not completely an “insider” certainly less pointedly an outsider. I throughly enjoyed my time here, but I’m finding it difficult to draw comparisons or to say what I’ll be “taking away,” given that for the most part, it felt very similar to work at WSU (minus all the necessary tools of course!). I came here with the assumption that afterwards, I would take my GRE’s and apply to grad school, and this hasn’t changed. The truth is, I don’t know exactly what I want to do, nor even the exact field in which to do it in. Though, clearly my passion lies in science, food and nutrition. But, I do know I crave challenges, change, and a dynamic environment. Academia, surprisingly or not, is just that. What I love about opening a small business is in part the challenge of it (plus being your own boss). The major downside of course, is the feeling of being tied, very strongly, to something. I realized, had I gone through with lease negotiations, I wouldn’t be here, and who knows what else I might miss. Perhaps the future still has it in store for me, but for now, my freedom to move is just too precious. Though I don’t believe in fate, it feels as if the universe was telling me it wasn’t the right time, all I can say is, I’m glad I listened. If nothing else, this trip helped confirm that. In grad school, not only do I have the chance to delve further into topics of interest and challenge myself, but regardless of the particular path, I’ll be better prepared for whatever job I do eventually decide on (should I actually be able to decide, or the NYT offers me a travel writing position, ha!). In the end, it gives me more options, I’m all about options.

I feel as if on each trip I take I learn something significant about myself or the world in general, but this one is much more vague. To be honest, it’s a bit disappointing, normally at the end of the trip I feel as if I’ve come away with something of large significance (though, I still have 12 days left!).  I don’t know if disappointed is the right description, I’ve had a great time here, and have nothing to complain about (well, almost: trotro).  But it has been interesting, how quickly I was able to adapt and feel at ease. I almost don’t want that, the jarring, uncomfortable nature of travel to new places may be tough, but it’s also exhilarating and it’s during these times that I’ve formed my greatest memories or grown the most. Luckily, there are hundreds of more places to visit with cultures nothing like my own, or any other I’ve seen, I expect I’ll never be bored.  Plus, after having handled the likes of the Nkurmah Circle Station, or the Cairo underground, language barriers, illness in the developing world, summiting mountains, and so much more I’m beginning to feel like I can handle anything the world decides to throw at me. Ironic, then isn’t it, that what I struggle with most often is avoiding the superficial pull of western life that tries to trick you into believing insignificants are just the opposite. That has been an on going challenge, but it’s getting much, much easier as I get older and truths are starting to emerge, mostly, they involve family.  So perhaps this trip is mostly significant in the sense that it is steeped in confirmation, and another experience I’ll never forget. I’ve learned that instead of trying to fight this wanderlust that plagues me, to embrace it fully, though it makes being at home a bit harder it has and will continue to give my life significant meaning, and that ever-elusive sense of happiness, I wouldn’t trade any of it. And I am so thankful, there isn’t one part of my life I wish to change, I am entirely content,I know how rare this is, travel has given me that.