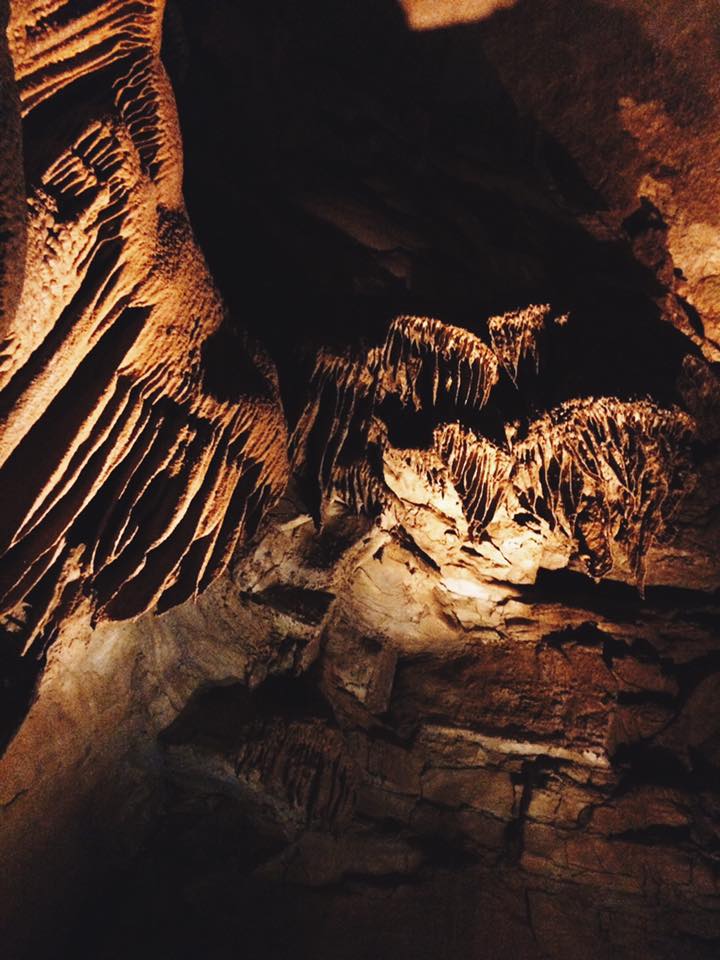 Mammoth Caves is a short 90 minutes from here, and being people who generally enjoy National Parks we figured it would be a fun way to spend a day. Because I have two modes in life, all or nothing, which I employ at random it seems, I went with the “nothing” approach and planned as minimally as possible. Like, stand in line at the visitors center and google “best cave tour” because you didn’t realize you had to go on tours. It turns out a bit of research might have helped, mostly regarding managing expectations.

First, the caves were very impressive. But I left with a general feeling of “meh” regarding the whole experience. While you can hike on your own, you have to go on tours to see the caves, which makes sense. But I hadn’t really researched what these tours entailed, which wound up being a giant group with lots of stopping, sitting and questions. Which is all fine, but far from our style of exploration. Not being able to explore at our own pace, being surrounded by roped off areas and a large amount of people dulls the experience, making it feel somewhat disney-esk. I completely understand the need to protect the caves, so I’m not faulting Mammoth Caves at all, I don’t know how else they would manage it. But for the cost we left feeling pretty underwhelmed.

We did get in a mini hike around the area, which is quite pretty, but it was far too hot to be outside for too long (at least the caves were cold!). Though it isn’t necessarily fair to compare experiences, it’s hard not to. We’ve had so many great experiences in National Parks and abroad, particularly in less touristed areas of being able to explore these incredible places without being herded around. Petra is a great example, hugely touristed, but offers a multitude of ways to get lost on your own and explore for hours without seeing another person. I think I was particularly frustrated because the caves are so incredible. They’re some of the biggest in the world, with hundreds of miles and fascinating history, but its a bit hard to enjoy when you’re shuffling along single file and the woman behind you is complaining about the uneven surfaces (its a cave people). They do offer some other interesting options, like spelunking, and maybe we should have gone that route. But, I’m glad we went because we should probably see it, and I do like supporting our national parks system, but I don’t think we’ll return.