If you google image search Sri Lanka the results are likely to include Sigiriya, an iconic ruined fortress built atop a 200m rock mass that involves a climb to the top for spectacular views.

The rain has thankfully, though probably temporarily left, allowing us to enjoy the water gardens along the long pathway leading up to the climb. I felt pretty giddy for the climb. The description labeled it as “very steep” and difficult. Aside from my runs, this trip has been realitively tame in terms of athletic endeavors so I was excited to do something with a bit of a physical challenge. 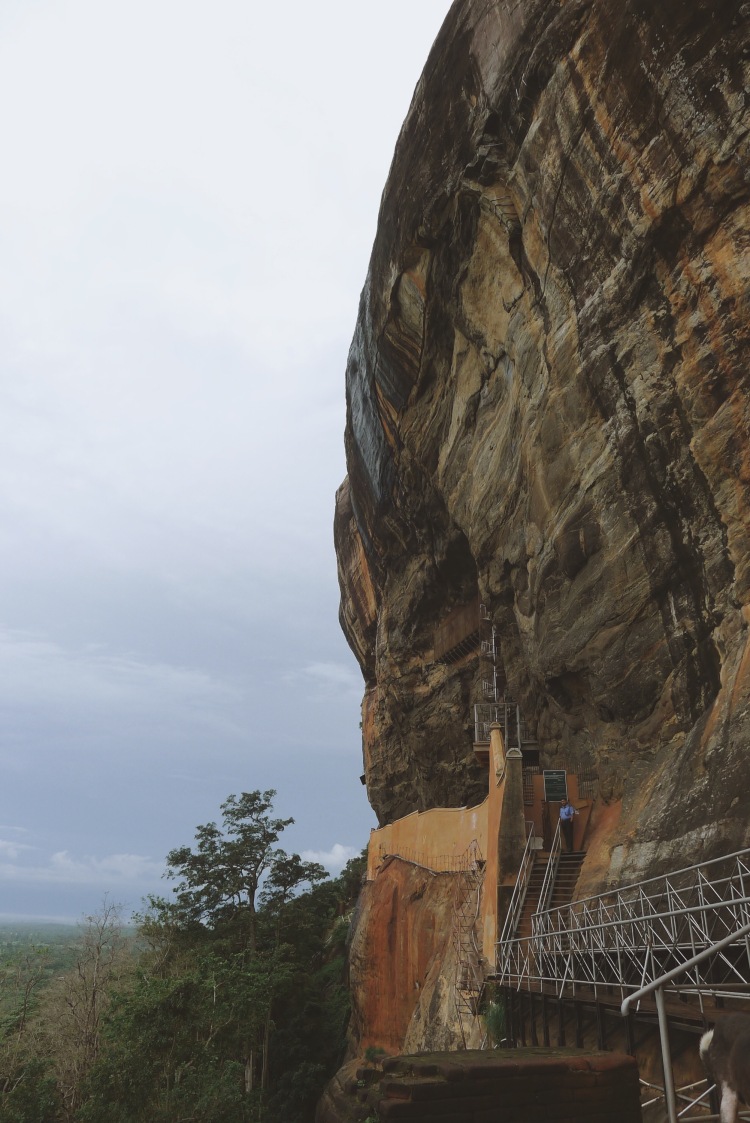 Looking up towards the rock, scaffolding snakes around, looking like we might have to climb along and open rock face, with hundreds of feet of nothing beneath us. The reality proved not so dramatic. And although the climb was some work it wasn’t actually all that challenging. Again, Pat made the climb and kept up without much difficulty. I certainly hope I’ll be climbing rock fortresses half way around the world in my eighties! That woman is impressive. When we asked her what’s up next she said, “oh, I’m winding down a bit, just going to Iran.” I suppose when you’ve seen nearly every corner of the earth in your lifetime Iran must feel quite tame.

At the base of the fortress, about 3/4 of the way up the rock is lion rock, which signals the final ascent up several flights of stairs to the top where the views are most certainly worth the effort. 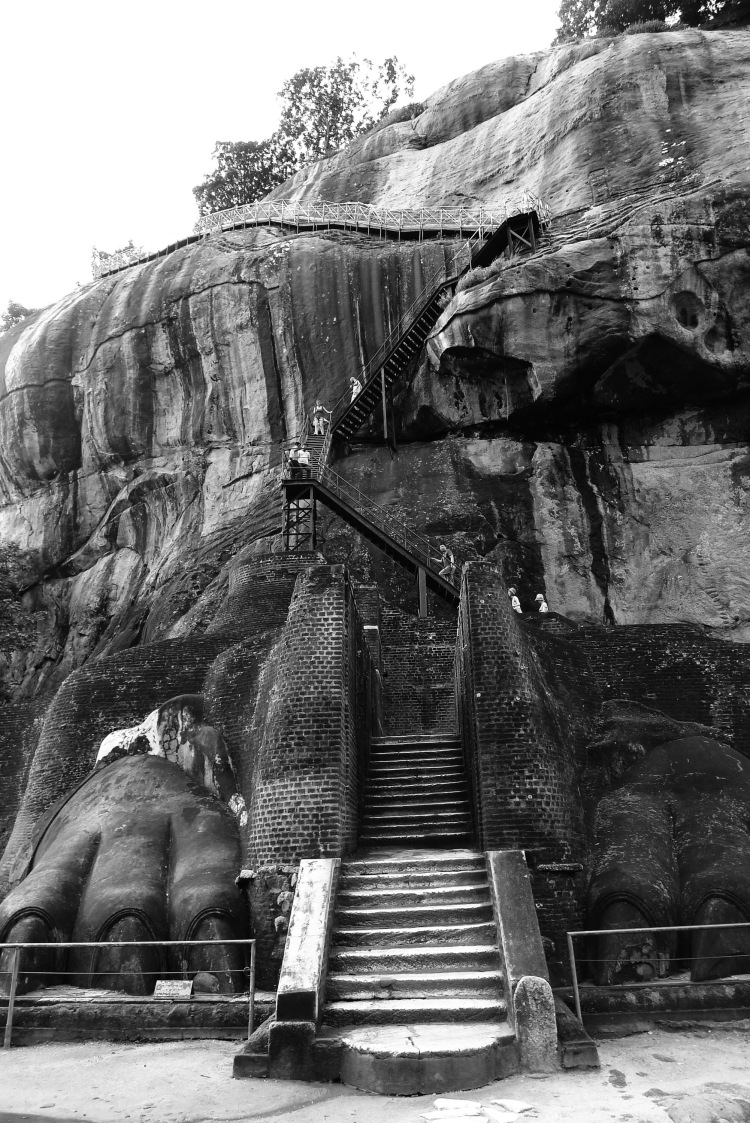 From there our van took us to Kandy with a stop at a spice garden where we all received massages from the students studying naturopathic healing methods. We also had some of the best food we’ve had yet. From there we made our way to Kandy, a very pretty, hilly town overlooking a lake. In gerneral the towns thus far haven’t been all that aesthetically pleasing, though the surrounding areas are. Kandy on the other hand gives the feel of a British Hill station, surrounded by tea fields.

Our time in Kandy was relaxed, we ate street food, wandered around the city, climbed a hill to find a giant Buddha, visited a temple and had cocktails and Szechuan at an English owned bar overlooking the city. It was an excellent two days. 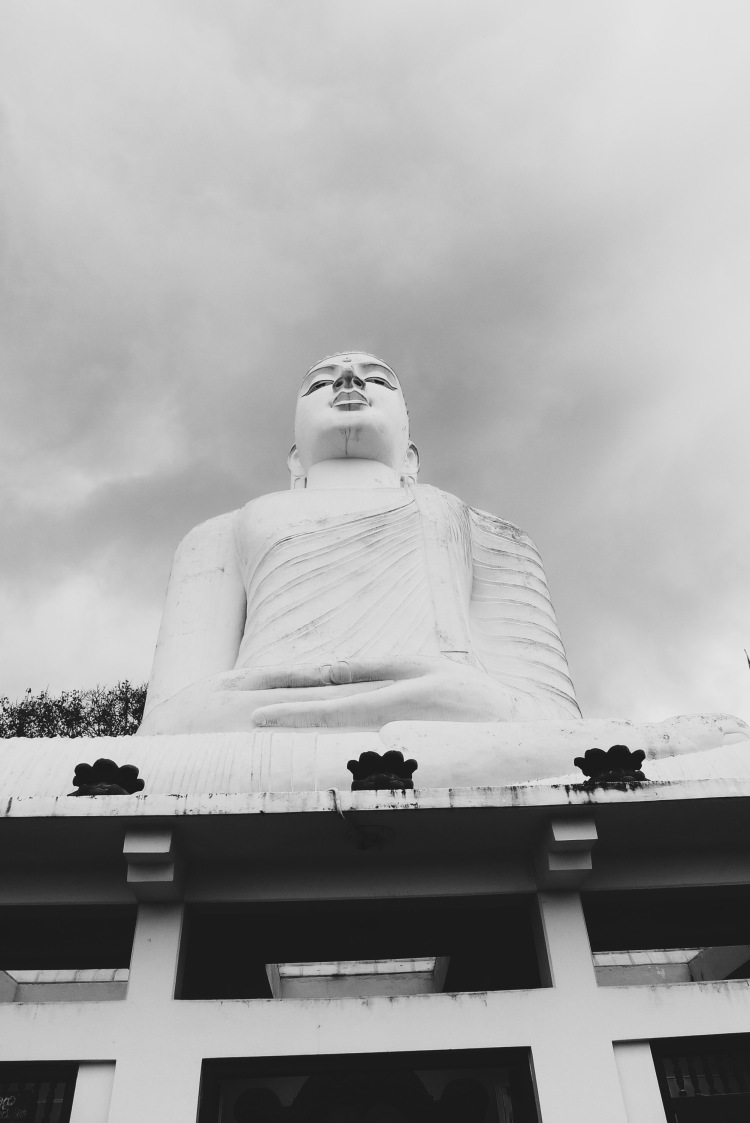 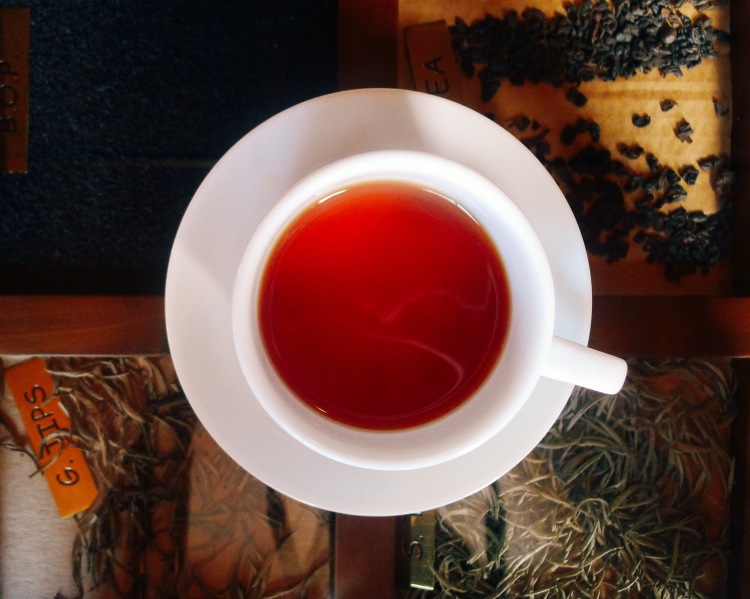 On our last morning we boarded a train that would take us seven hours into the hills. Seven hours go by fast with stunning vistas of tea fields and ample samosas bought from the train window. 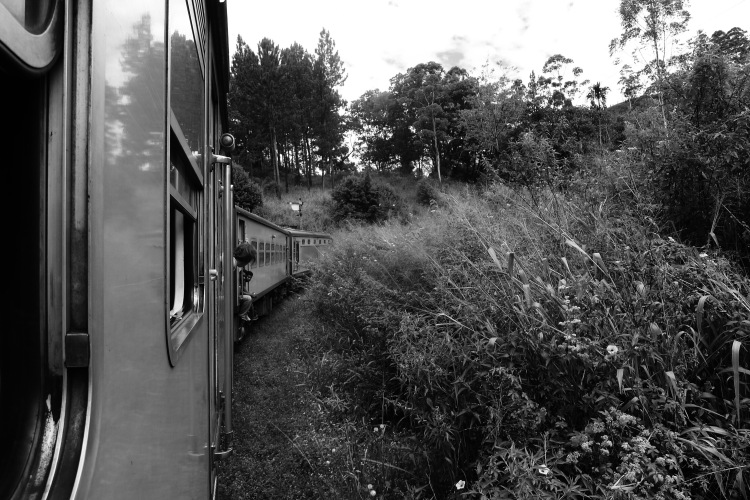 On to a 2-day trek through the highlands!