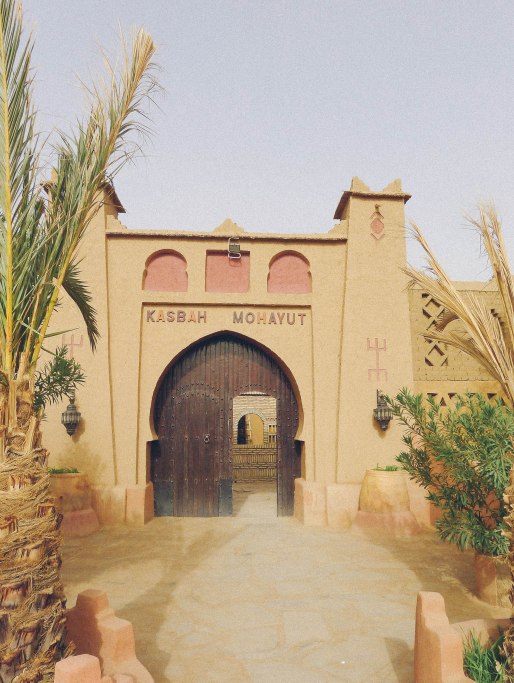 The Sahara was the reason we ventured to the Algerian border, but the little town of Merzouga, and it’s surrounds are quite interesting as well. I’m always intrigued by these outposts, why someone might decide to settle in these areas where survival is hard-earned. But the people in these areas have adapted and come up with impressive means for cultivating life. 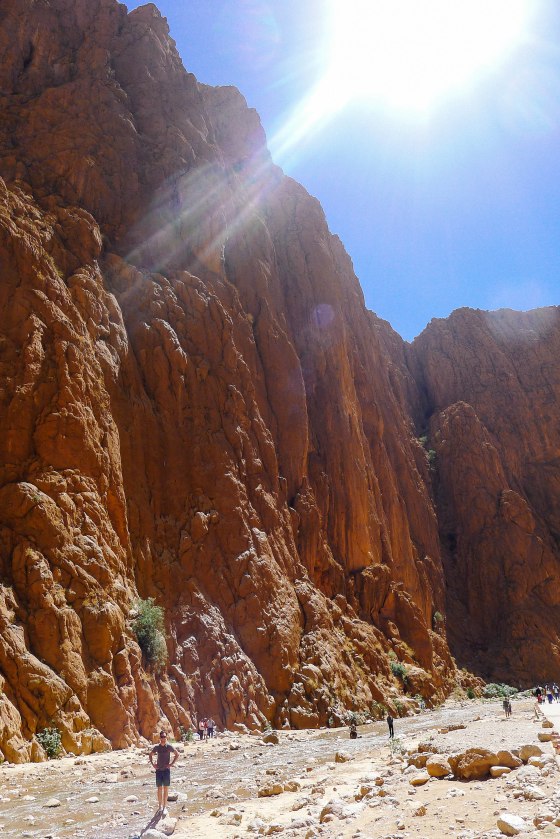 Before we entered the desert, we took a detour from the main road. As we wound along an increasingly narrowing road, passing Berber villages, walls of the canyon slowly crept up along the car until we couldn’t see the tops, even straining our necks to try and glimpse the peaks. This the Todra Gorge, an impressive, 300m deep canyon. A thin, clear water runs through the canyon, with locals and tourists cooling off after hiking or climbing the gorge’s walls. We didn’t stay long, just enough to see the impressive, imposing rock formations before continuing on our journey. 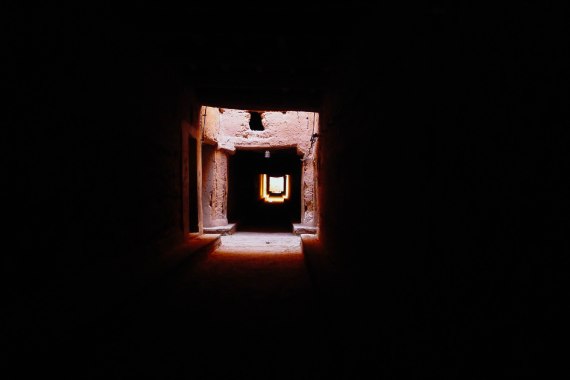 Alleyways of an Indoor Village

Those that live in this remote area of Morocco are experts at beating the heat. High walls and thin alleys assure you are always shaded, thick walls to keep rooms cool, and high ceilings to allow the warm air to float to the top. These architectural features are ubiquitous around the country, but this particular village decided to take it one step further, enclosing the streets, effectively making an entirely indoors town. It’s strange, for sure, the long corridors are lit by light streaming in from every intersection, which remains uncovered. Children still play in the streets, their voices echoing down the long, narrow streets. Its dark, even in the day time. Nondescript doors lead to homes, or hotels, or shops. From the outside, they all look the same. It is however, very cool despite the blistering temperature outside. 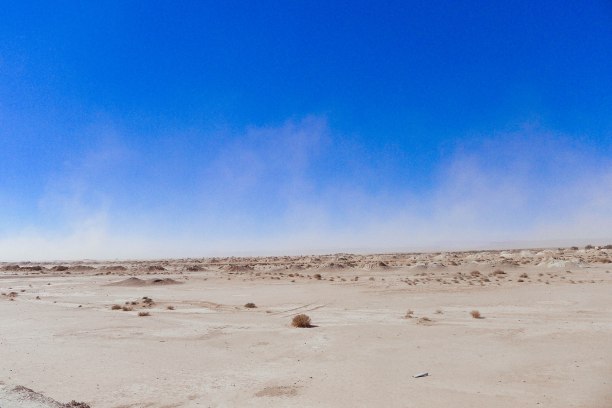 Well System in the Desert

Getting water in the desert, naturally, proves difficult. This well system-marked by the mounds in the distance is an impressive solution. Thousands of these wells extend from the mountains to the desert, each slightly lower than the last, funneling water all the way to the remote villages. While these particular wells are no longer in use, with more modern means of water procuring, the lunar landscape that remains is starkly beautiful and a testament to ingenuity of the people who lived out here. 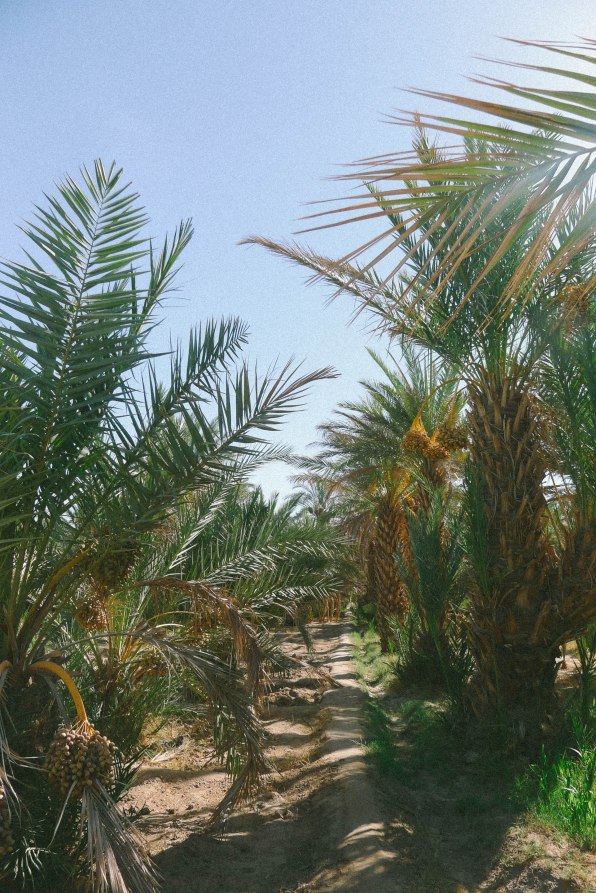 Oasis in the Desert

What little water makes it into the desert is funneled into oasis’ like this one, a swatch of vibrant green in the middle of an otherwise desolate land. In this case, the land is a co-operative, with a stream running through the middle of the plots, which is redirected to water different plots on different days. Because it is the most profitable, most people here harvest dates. The low-lying ones in the foreground produce medjool dates, while the higher ones produce other, less expensive varieties. Back in the market we procured a kilo of medjool dates for €9, about 30% the cost of back home, and far more delicious. We thought we’d fly home with the left over and make a date jam, this did not happen, as we consumed them all (with help from Rachid) within a week. 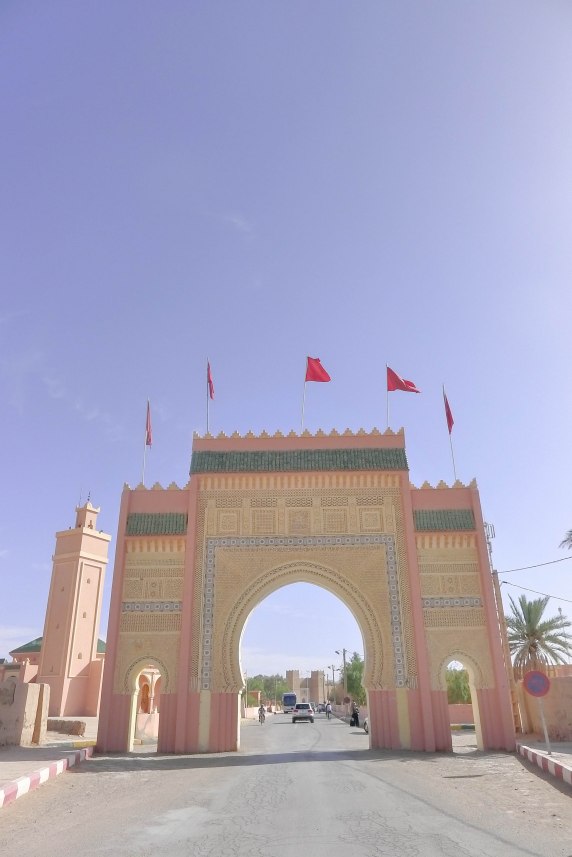 It is desolate out here, subject to wind storms, and unbearably hot in the summer. Water, is a precious commodity, and as tourism booms agriculture is on a steady decline. Young people, instead of farming dates work for hotels. A near by tribe (people who migrated from Ghana) gain all of their income from performing for tourists. It’s mildly uncomfortable for sure, as our guide in the city, who owns our hotel tells us about the changes and says he’s thankful for tourism, it is his business after all, but he’s uncertain of what it’s doing to this previously untouched outpost and its inhabitants. It used to be only hippies from the US or Europe would come here, escaping society, now it’s everyone and the hotels nearly outnumber the houses. It’s the same everywhere, the double edge sword that is tourism, it seems, especially in these remote and geographically stunning places. It would be interesting to return in a decade, to see how tourism progresses. For now though, we enjoyed our foray into the desert and seeing a glimpse of how life out here is possible.

2 thoughts on “Around Merzouga”