Let me tell you. The best way to hike a glacier, or climb an ice wall probably does not involve waking up, morning of, in the far too early hours of a new day, dry heaving. Nor, after feeling chills and nausea is it probably best to drag yourself to said glacier, strap on crampons and have a go scaling a vertical wall of ice. But thats exactly what I did. Feeling like I had a mild flu or not, I was going to do this. After all, how often is one in Iceland? In my mind, I had no other choice.

The day began with a flurry of wet snow as we made our way to the van, still in the dark, that would take us nearly three hours away to hike our glacier. The weather did not bode well for the day. The snow made for nearly white out conditions for the first half of the drive. As we neared our destination and the sun crept its warmth into the early day the weather slowed, and by the time the glacier was in view, it was nearly clear. Lucky, indeed.

I had been on a glacier once before in Canada. But this was nothing like that. For one, I didn’t need crampons before. And this would be the first time I would use them. I’m not particularly good in regards to walking downhill on anything remotely slippery. I tend to slide my way down a good portion of it, and am hugely afraid of falling. Add to that less than optimal balance as the result of inner ear damage a few years ago and ice wasn’t looking like it’d be my best friend. But, and probably not surprising, it was fine. Fun in fact, and while walking down steep ice slopes took a fair bit of getting used to I did just fine. But the hike was just a precursor to why we were really there. We were meant to climb an ice wall. 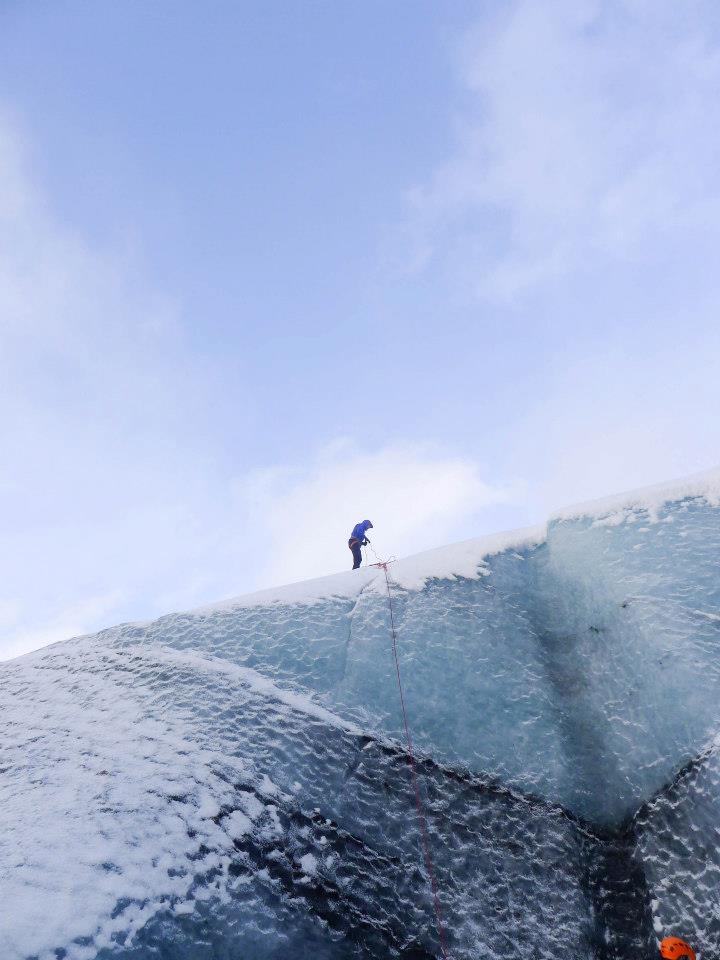 I wasn’t sure I was going to be able to do this. It seemed easy enough in theory. Kick in feet, swing ice-ax, repeat. But as the leaders roped up my nerves grew exponentially. I had never done this, plus, my upper body strength is pitiful. Alex on the other hand, a natural athlete, who had also done this before was one of the first to go, and naturally was up the wall in no time.

Being nervous, is not the best complement to flu-like symptoms. But after watching a few people go, including beginners, I decided I had no choice but to at least try it. I reasoned, even if I could only get a few feet up, at least I would have tried. And so, I geared up and gave it my best. And slowly, and not particularly gracefully, I made it to the top.

It was harder than I had expected. Because it was winter, the ice was very hard, and very difficult to break. But, I did it. And for a very cautious person, like myself, it was kind of a big deal. After descending however, the adrenaline rush faded and I was left feeling weak, shaky and nauseous. Clearly, exerting myself so much was not the best for getting over whatever illness had taken over my body. But it was totally worth it. It only took one more night of chills and nausea before I was feeling better, so I think it was a great trade off, I wouldn’t have missed this opportunity for anything. Plus the drive home gifted us some pretty great views of the sun setting over the southern coast. Much, like this one: 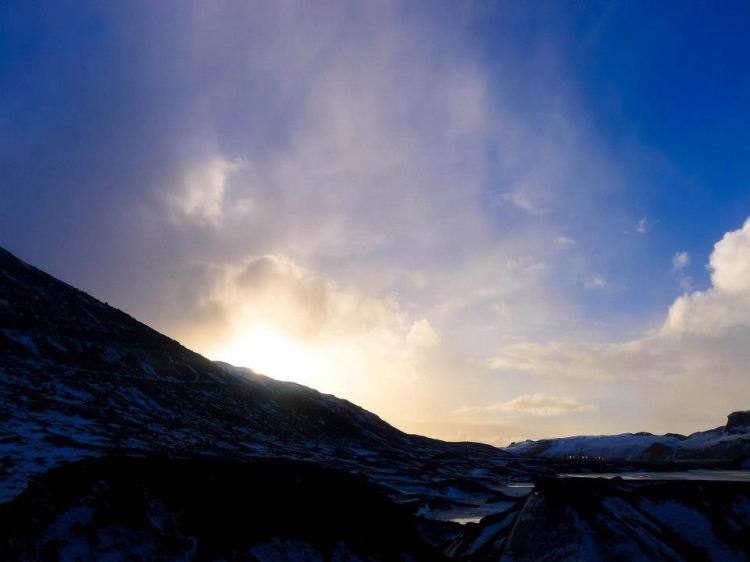 2 thoughts on “Climbing a Glacier in Iceland.”