Vienna. Prior to this trip, I had known very little about the city, or Austria in general for that matter. At least in Budapest I had recently read “Invisible Bridges” and had somewhat conjured up in my mind some image of Hungary, even if it was circa 1940. But Vienna, all that came to mind were the typical images, Mozart, Frued, and Schnitzel. This is where Alex and I met my mom and sister to officially begin our winter vacation. I chose Vienna in part, because I hadn’t been there. And it was close to the other cities we intended to visit, which incidentally, were also chosen in a similar fashion; I had yet to see them. As I fine tune my travel style, and as it ever evolves, I find I don’t really like to visit a place twice. With exception, of course, as I am quite keen to head back to Paris. and Laos. So, on a first visit to a country I’m more inclined to see the cities, with the assumption I’ll return at a later date to experience more of the countryside. So, we stuck to Vienna for our first venture to Austria.

Of the images I had of Vienna, only Schnitzle would be a part of the adventure. And indeed, it was an adventure to procure-we ended up waiting in line for nearly two hours. Was it worth it? Absolutely. Mostly, though, for the potato salad which I would like to consume daily. And to watch Alex eat an entire schnitzle, larger than his face. 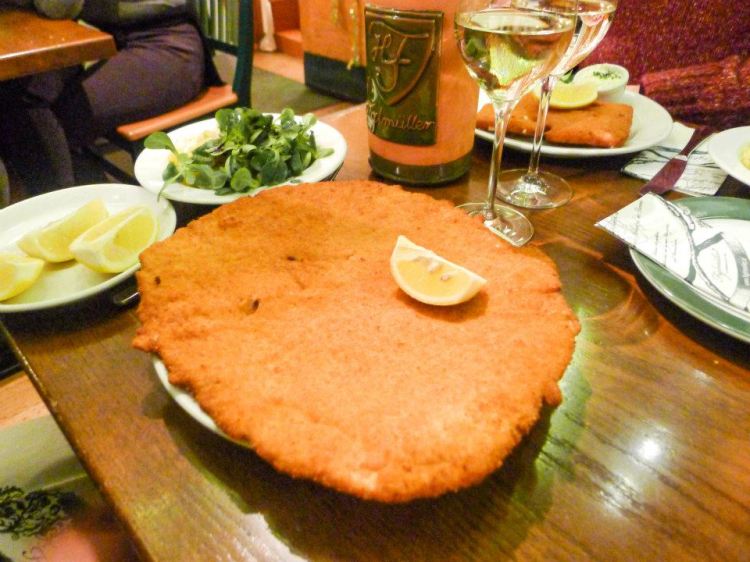 But other than that, our time in Vienna was less about hitting the main sights, and more about wandering the city streets and, as no surprise, eating. For us, as Americans what strikes us about Europe, aside from the impeccably dressed children that would probably scoff at our 1980’s high pants and velcro shoes of our childhood, is that even the most mundane buildings are far more interesting than many of our national landmarks. Vienna was no exception. It’s a beautiful old city, with a twisting interior emblematic of its origin before the time of cars, and though walking a straight path pretty much anywhere is difficult, the wrong turns and roundabout paths are often visually rewarding. A few of my favorite sights from the trip:

Just walking along, and this building pops up in front of us, its goliath nature forces us to cross the street in order to get a proper shot. 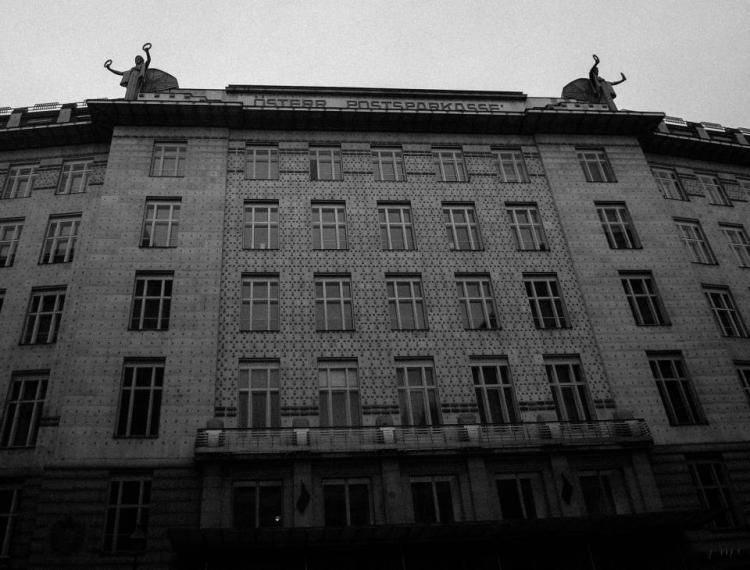 Probably the most interesting post office I’ve ever seen.

Pedestrian bridge over metro tracts, aside from the saturated green, I loved the geometry of the bridges crossing. 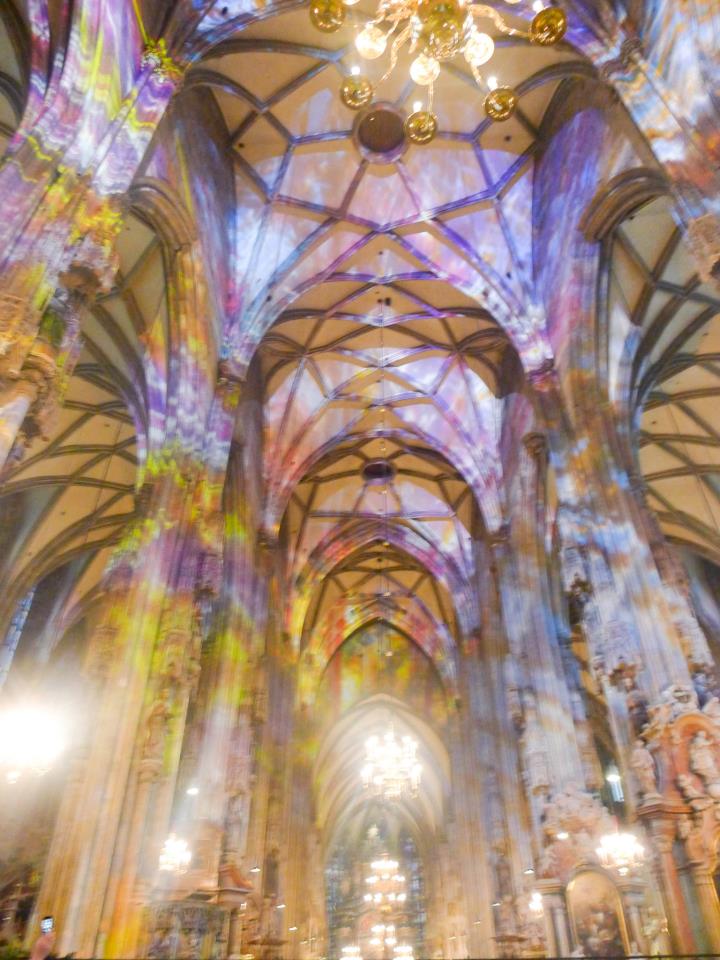 Inside the main cathedral.

The exterior. We visited during mass, it was an impressive sight indeed. In the US, of course, most of our churches are new, they are generally peaceful, or at least benign. But not these cathedrals, everything, from the dramatic and dark architecture  to the acoustics that rebound sounds, swirling them about making you feel you are surrounded completely by the ominous hum of the baritones. You are distinctly aware of the God fearing nature that is Catholicism. I felt a little afraid. A sharp juxtaposition to the peaceful nature of the wats and temples of Asia, wherein upon entrance you feel a lightening and peacefulness, not the urge to look over you shoulder or run away. If I were a more bold person, I might have asked a few of the buddhist monks touring the cathedral their take on it. But it felt somehow rude, or imposing, though I would have loved to know how the followers this innately peaceful philosophy viewed the dark, and doom of this cathedral. Never the less, it was absolutely beautiful.

Throughout our wandering we took frequent breaks in the many cafes scattered about the city. Occasionally, for coffee, a glass of wine, a piece of cake. Mostly, it was to warm up. Though we were blessed with mostly sunny days, there was a considerable chill in the air. Of course, this detoured many tourists giving us the city more or less to ourselves. I would have loved a bit warmer weather, but I wouldn’t trade it if it meant flocks of toursits bustling about.

Our main other venture was to the mumok, the museum of modern art. It’s Vienna after all, we had to see at least one museum. And as luck would have it the florescent light display of Dan Flavin was on exhibition. You must know, I am not a museum person. I mentioned my relatively non-interest in the Louvre. In part, I’m sure it has to do with the feeling of being cattle shuffled about, but even if the visit is of my own volition, I easily bore with most exhibitions. Perhaps, I lack culture, or should try more. Regardless, at this point in my life, I simply lack interest. I prefer cultural exploration in more interactive ways, such as wandering the city and exploring cuisine. But, I do love modern art. And this was no disappointment.

I was thrilled to learn photography was allowed. This added a new dimension to an already fascinating exhibition. The way the camera captured the light was often starkly different, though sometimes nearly the same, as what you saw with just your eyes. In the picture above for example, there appears to be a gradation of tone, but there isn’t. Similarly, the reflection on the ground is entirely invisible without a camera. On other shots, colors blended to cast a light on the wall not visible until a photograph was taken.

We had a lot of fun taking pictures from various angles and watching, as our cameras captured properties of light invisible to our eyes alone.

I loved Vienna. Its is an intriguing mix of old and new, with a whole bunch of culture thrown in. The food, was excellent. It had everything I look for in a city. I’m now extremely interested in exploring the rest of Austria, though Vienna was a brief introduction, it was a quite excellent one.

One thought on “A Long Weekend in Vienna”