Halong Bay. It is iconic Vietnam. I had been looking forward to kayaking through the labyrinth of soaring limestone cliffs ever since I knew I would be in southeast Asia. It was just as spectacular as I had hoped. Though the tourism in the area is a bit disappointing, in the way development tends to be, It was never the less very worthwhile. 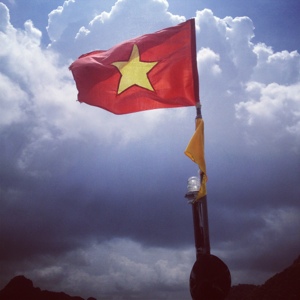