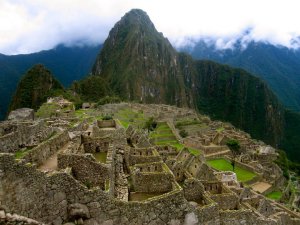 I’ve had a progressive bucket list for as long as I can remember. Progressive because it never stayed the same very long; constantly crossing things out, not because I had completed them, but because I grew out of it, or lost interest. I don’t have any record of these early ones though. I wish I could look back to when I was seven, and what I thought I wanted to do throughout my life. It would be candid, at the very least, whimsical I’m sure, and likely totally unrealistic. As it should be at seven years old.

When writing this most current list I began with the mistake of writing down everywhere I’d like to go. 100 countries later and this “list” felt unmanageable. So instead, this is more experiences than specific destinations. And as you might imagine, it’s mostly about travel, but not entirely. And really, it’s not actually that long, but I would be incredibly lucky to even make a dent, though my intention is to finish it.

In the time I have remaining in my life here’s a glimpse at what I hope to accomplish.

3. Travel solo for at least a few months

4. Take off and travel the world for at least an entire year at once

5. Live abroad for at least a year

6. Build a house (aka: a kitchen) and have a substantial garden to cook from, ideally in northern CA

9. Watch the sunrise from the top of a volcano in Indonesia

12. Island hop remote islands off the coast of east Africa

15. Drive the Amalfi coast in an Alfa Romeo

18. Take my family (when I have kids) out of school to travel the world for a year: because I truly believe there’s no better classroom.

19. Find a job/career that allows me independence and fulfillment and positively impacts the world.

20. Not get caught up in the pace and out of whack ideals of western culture (a continual goal)