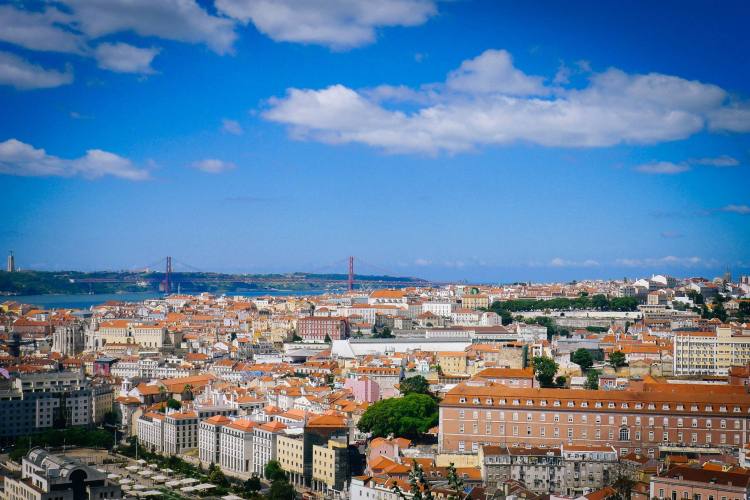 We didn’t know what to expect from our weekend break to Lisbon. We knew the history of the city’s too recent torrid history, of the winding alleys and yellow trams. But we came, mostly for the sun, food, and an escape from Dublin. To idle our days walking and eating. Which is precisely what we achieved, with the added bonus of zipping around on a vintage Vespa exploring the coast. We didn’t stay long, we only saw a few highlights of this city, but we loved every moment of it and are eager to return to see the rest of Portugal.

We have our travel routine down these days, after all these years we feel seasoned enough, that hitting the ground in a new country never feels all that foreign; Lisbon was no exception. We left the airport, avoiding taxis, and opting for a quick ride on the metro to our bed and breakfast, in the Rato district, a short walk from city center. After depositing our bags and chatting with the owner we hit the streets to orient ourselves, begin our exploration, and most importantly, to find wine. We wander the narrow streets, in this brightly colored city, ornate tiling lining many of the buildings. It feels European, and yet, brighter and warmer than most large cities we’ve visited. Our roaming brings us to a wine bar where we sit and await dinner. We’ve made reservations for an early dinner, 7:30 pm, as we can’t yet fathom a 10pm eating time. Though we know little of Portuguese foods, we knew of the new culinary wave sweeping the city. We booked a table at Cantinho do Avillez by Jose Avillez, a young, local celebrity chef taking traditional Portuguese food to new levels.

We spent a few hours drinking wine, snacking on black pork, olives, and tartar. It was all, immensely delicious. And unlike most of Europe, the prices here allowed us an incredible meal that  would normally run at least double. We immediately loved this city. After, with the evening just beginning for most of the city we walked more, finding our way to a new beer bar that had just opened, Cerveteca Lisboa, the smell of fresh sawdust still permeating the air. We drank Mikkeller and chatted with the bartender as he told us about this new venture, and the blossoming culinary scene just gaining traction in the city. We have a tendency to seek out new, and inventive establishments in the cities we visit. Though we are incredibly intrigued by the history of a city or country, we love placing ourselves in the new pulse of a place. To witness what’s happening now. It’s a theme we’ve seen everywhere, including Dublin. In the wake of turmoil, or change, small independent purveyors are  trying something new. It is often a rift of the past, incorporating the present, in attempts to forge their own path and provide for the rapidly changing global community. Though it is a small thing, it’s one way we feel connected to cities we visit, witnessing the birth of new trends, chatting with the individuals responsible, who are always been extremely passionate about what they do. 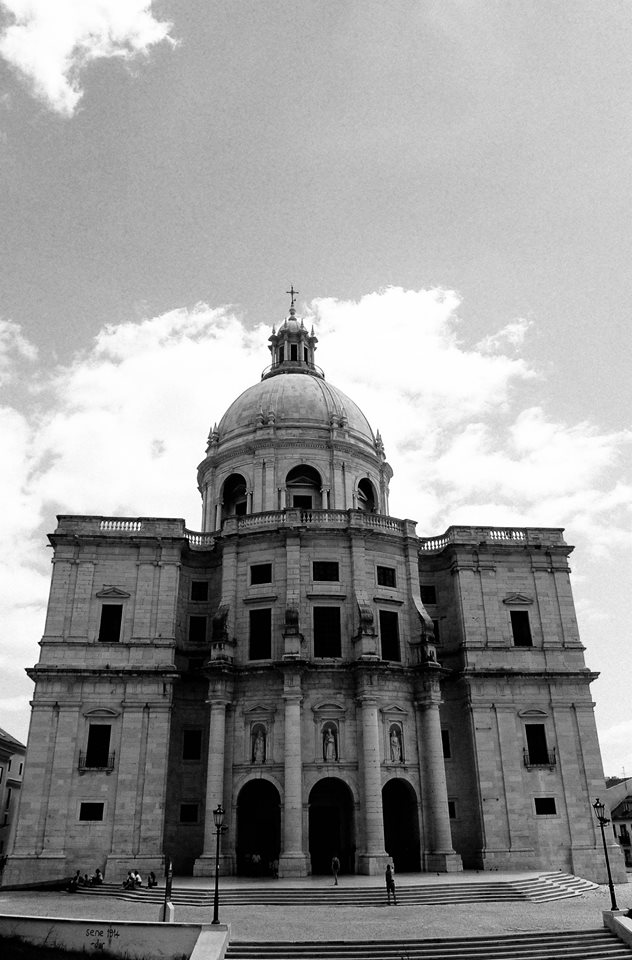 Though much of the weekend was spent exploring the new Lisbon we made ample time to explore it’s past. We walked for hours around the city, visiting cathedrals, castles, and ruins. The architecture of which, were all stunning.

Our bed and breakfast suggested we try Mercado de la Ribera for lunch. A recently defunct marketplace was taken over by TimeOut. Apparently, their first market enterprise. They revamped the space, inviting chefs and purveyors from all over Lisbon to set up shop. This included big name chefs, offering accessible fares to patrons. After renting our Vespa, we decided to explore. The inside of the building looks much more like the Ferry Building in San Francisco than an old world market. In the center a video projector played the world cup games while patrons sat at long communal tables sampling fares from the flanking stalls. We opted for steak sandwiches, preserved fish nigiri, gelato, and of course, wine. Through my wine course in Dublin, I’ve learned about Portuguese wine which has quickly become a top favorite. It was immensely fun to peruse the shelves of the wine shop at the market, recognizing bottles from some of my favorite wineries and regions in the country, offered, of course at a fraction of the price we pay at home.

The last day of our trip, we took the Vespa out along the coast to Cascais, a small fishing village on the Atlantic. Though tourism has clearly changed the town, we were mostly there  for the drive, to see more of Portugal than just the city. We wandered on foot, taking in the sights, ate, and then headed home. We would have liked to explore more, but with limited time and the desire to avoid freeways on a Vespa, we opted to head back. 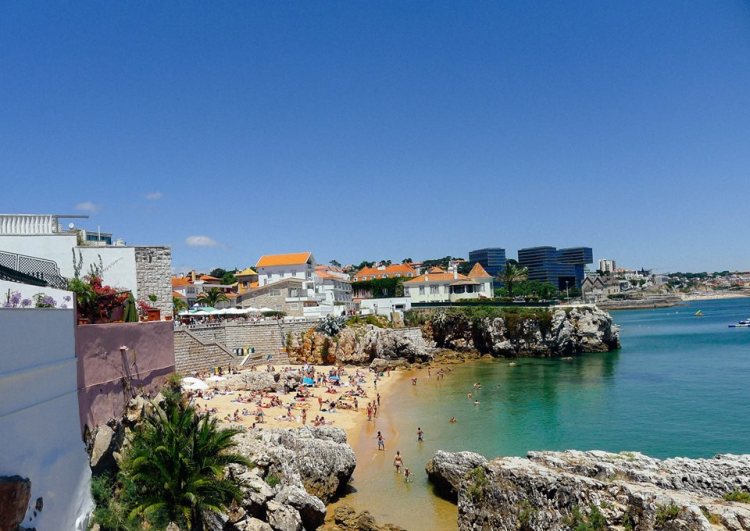 Our final meal was another of Jose Avillez’s; Mini Bar. Since our venture to Noma in Copenhagen last year, we hadn’t had much in the way of a “gastronomic experience.” Mini Bar serves up small, tapas style portions of inventive food, all of which were exceptionally delicious. Pairing this with expertly made cocktails, and our last meal was absolutely an excellent food experience.

We left Lisbon after our short visit relaxed, full, and a bit sunburnt. It was an incredible weekend escape. Though we didn’t know what to expect, Lisbon delivered far more than we anticipated.