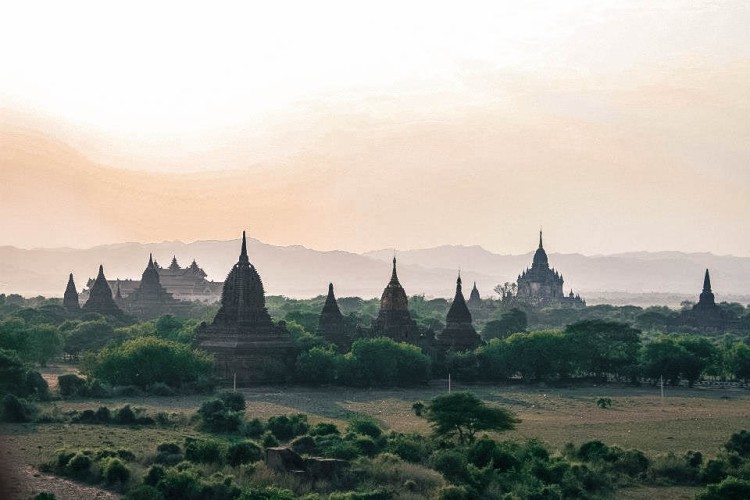 Burma, A World Apart, A Short Plane Ride Away

The world is shrinking, the bounds of the unknown far off places have become not to distant neighbors. Everything is changing. After this month, after graduation, this life I know looks much like a large white space. Bright, unknown, promising.

I flew across the Atlantic again. Twenty-four hours door to door, a third of the way around the world, like it was nothing. Twenty-four hours of relative silence, aside from the hum of the plane engine and the bustling shuffles of travelers headed off to their far corners of the world. The airport is still one of my favorite places, I like to imagine where my fellow travelers are heading. Are they going home like I am? Off on a grand adventure? Business? Are they excited? Happy? Sad? Whatever they are doing, we all share those brief moments on the way to our respective gates, we are all leaving, or coming home. The outside world doesn’t exist here. I can think. And marvel at how small the world is now. How a decade ago even Europe seemed a world away. But that mystery couldn’t stay. When you hop on a plane and travel to the other side of the world, LAX-Kathmandu, Seattle-Tanzania, in just over a day, it’s hard to imagine these places are all that far. To think, I could go to the airport now and wake up in Mongolia, or Australia, or…anywhere really.  Minus, I suppose, the cost of doing so. But still, everything just feels so small. I can sit in this little, metallic tube screaming through the sky and land on the other side of the earth. It’s marvelous.

I knew this would be a big year, I’m getting my masters in just a few weeks, heading off to Ethiopia and getting married (and who knows what else in between). Under normal circumstances, given my age, finishing school and getting married, all of this would be an easy transition into settling down. And that possibility looms in my future. I think, how might we avoid this fate? How can we blend the need to move with the desire to have a family? To have security and freedom? It can be done of course, there are many families that take to the road. But like never before the incessant clock ticks towards these decisions. Getting older isn’t the problem, every year of my twenties has been better than the last, and I look forward to each new year. But the reality is, in the not too far off future, big picture decisions must be made. I want a family early in my thirties, but I also want to hike through Patagonia.  I am lucky, to have a partner who would choose the freedom of time and adventure over the acquisition of things and ownership of a home. I like to think of him as my travel partner for life, rather than my husband (a word that sits heavy in my mouth and tastes a bit like oppression).

When I was twenty-two and my wanderlust was in full force they told me it would change, I’d want to settle down someday. I’m still waiting for that, five years later. But it isn’t here yet. Who knows if it ever will. I’m sure if it happens, I’ll be content.  But right now this shrinking world, this white, bright, empty future that is just waiting to be filled with memories, adventures and growth is too tantalizing to think of settling down. I have no idea where I’ll be this time next year, and that is incredibly thrilling. Adventures near or far, it doesn’t matter, because as of right now nothing is certain. And that is the best feeling.

Getting married used to scare me, it seemed like a trap. But I was so wrong, getting married to the right person is freedom, it gives me bravery to set out in the world and do whatever it is I’m supposed to, I can sway in the wind, without fear of being lost because my anchor will always be there. And in return I am able to support his dreams, full stop.

We will build our lives together is this great open space on this small planet, and explore its far reaches together.