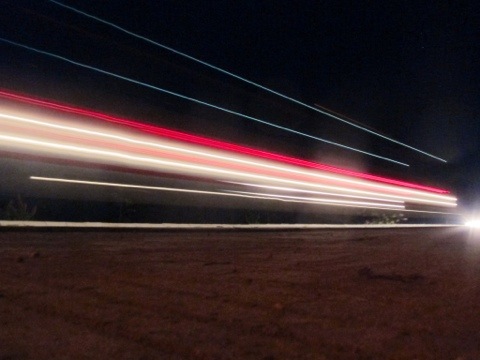 To save on outrageous airfare, and an extra night of accommodations we opted to take the night bus to Bagan. It would leave at 6:00pm (real time: 6:30) and arrive around 5am the next day. One slightly uncomfortable night sleep in exchange for saving a few hundred dollars seemed perfectly reasonable. The bus was actually pretty nice, too.
Fast forward. It’s nearing 4am and I’m standing behind the bus on the freeway, the group of us (a Swiss couple, another American and a German) are all pushing alongside the driver and a couple of locals who had stopped by to help out. We all push, it starts to roll and the giant roars to life, we cheer and sleepily make our way back onto the bus. Did we really just push-start our tour bus in the middle of the night in the middle of nowhere…in Burma? At least it started.
Rewind. It’s nearing midnight and we stop to let a passenger use the bathroom. The driver gets out and checks the wheel, and discovers there’s something wrong with it. Of course, no one tells us this. Instead we are just stopped on the side of the road, and an hour ticks by as they try to fix it, then they just stop. I’m having flashbacks to Ghana, but at least this time they’re trying to fix it, as opposed to just grabbing a taxi and leaving everyone stranded. I find the one woman who speaks english and ask her to translate what’s happened. They’re waiting for replacement parts. Its going to be awhile. There’s a group of six of us who quickly bond over the shared experience of our bus breaking down in the middle of the night. It’s too stuffy on the bus, so we all sit, on child size stools outside and wait. In our sleep deprivation, it’s even a bit funny. Eventually, they fix the problem. But since the lights have been on for the past four hours, we have to push start the bus. Everyone else is asleep. We volunteer to help. And soon we are on our delayed way.
Ironically, our guesthouse uses this bus line for their great history, so it really was a freak occurrence. By the time we reached Bagan it was only 9am, so really, it wasn’t that bad. Only during was it slight anxiety inducing. The same woman on the bus who had acted as a translator happened to be headed to the same area of town and arranged for us to go with her and avoid the slightly too persistent taxi driver. When we got to our hotel she refused to let us pitch in for the ride. This was the second time a stranger had taken it upon herself to ensure our safety in a less than ideal situation, and I am still amazed such people exist, and apparently, in multitude. Though I have no doubt that these women would have taken care of Alex had he been alone, it is one of the little mentioned benefits we have as women travelers (especially if we are alone). Local women, who may shy away from interactions with men with go out of their way to ensure our safety. I have always felt a connection with other women abroad and take comfort in knowing I can approach them if needed, and most of the time, they will be exceptionally caring and helpful. For this, I am glad to be a woman on the road. Not to mention, it is always a resorting faith in humanity moment, which sometime, I need. And a reminder, to pay it forward whenever I get the chance. 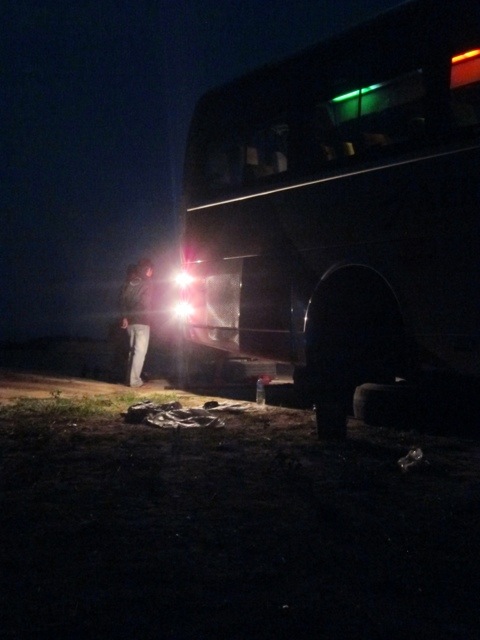